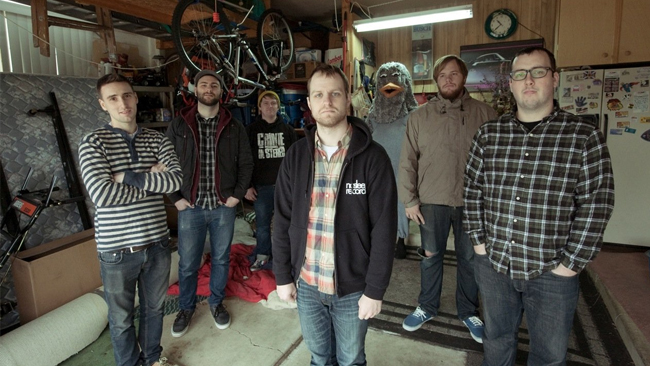 Exclusively on The Gunz Show, Soupy announced that tomorrow, a new pre-order is going up for a new The Wonder Years release – a split 6″ with the band Stay Ahead Of The Weather. It is NOT a split 7″, but a split 6″. The release will be entitled Punk Is Dead. Get A Job. The first pressing is only 1,000 in three colors. It will likely be out in April. Soupy had this to say in the interview:

“They recorded a song, we recorded a song, this was last year. We were talking for so long about how bad we wanted to put this split out, but it never found the right timing… it’s finally happening, it goes on sale tomorrow… The songs are obviously killer.

There’s no retail push, there’s nothing behind it. This is how we used to do records.”