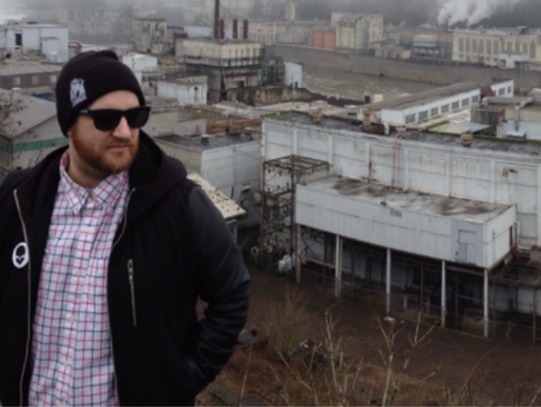 “We don’t even get our own name; we have been reduced to an afterthought of noise and a greater lineage. I don’t believe I’ll ever have children, so this is my legacy; this is my two cents that will be worth millions.” -Edward Caspian

Echo Boom started as the attempt to immortalize stories and themes that had made an impact on my life starting as far back as 5th grade. At an early age I feel like I began taking in stories both of my own and of close friends as these gifts or valuable commodities.  I would often lie in bed at night and try as hard as I could to meticulously re-live a recent experience. I would go over it again and again in my head as if I needed to solidify each detail so that it would forever remain concrete in some corner of my mind.

Eventually, I discovered that this habit is actually a suggested remedy for depression and anxiety. Ironic.

Back to the story. In late 2007 I was working as a front desk clerk at my university library. I had endless amounts of free time and the only way to kill the monotony was to open up a word document and start journaling. At the time, I had found myself attending several funerals in just a few year time span. Most were for people roughly my age, which of course was extremely saddening and abnormal. The common theme that I found when leaving each service was an extremely intense feeling of regret and guilt. Funerals emphasize all the amazing things that someone had done in their short life; bungee jumping, white water rafting, skydiving, international traveling, saving lives and other acts of adventure and heroism.

It hit me that most people probably leave these services feeling inadequate and riding a high of all the changes they vow to make in their own lives. I was guilty of the thought myself, but was I actually going to change anything?  I thought what it would be like if someone just continually chased that temporary high rather than do the harder work of actually changing?

I always knew I wanted I wanted some sort of music element to be present in the story (see the suggested soundtrack at the end of this piece). The character of Giles Green is based on a few musicians who I’ve grown up listening to and have the good fortune of now calling friends.

(If you really want to know exactly who Giles Green is, you can Tweet me).

“These ideas, these thoughts, these passions had to be shared. The only way I knew how to properly convey these beautiful experiences was by putting them into these characters and letting them unfold in front of the reader.”

When I first typed what became one of the key funeral scenes in Echo Boom, I made a goal to have a novel done by age 30. I was 22 and figured I had all the time in the world to meet my goal. Eventually, I began doing music journalism full time, learning the ins and outs of how to interview, write reviews and features in the music and entertainment world. It would be cool to be able to say I rose to the top of my industry and witnessed the pitfalls of fame and fortune, in turn inspiring me to finally discover the heart of what Echo Boom became. This wouldn’t be entirely accurate. Though by my own standards I did go further in music journalism than I would have ever thought possible, the key inspiration that I drew from those years had so much more to do with the individuals than the flash.

Writing a story really has to be a labor of love. I enjoyed every bit of crafting this tale and these characters which allowed me to explore ideas of grief, friendship, fame, art and legacy through the lenses of characters who honestly represented many of the people in my life. I can’t emphasize enough how much inspiration I drew from conversations with friends.

One of the biggest mistakes a writer can make is neglecting to live. Sounds clichÃ©, right? 90% of Echo Boom stemmed from real life conversations that took place all over the country with a variety of people over the past ten years. I wasn’t purposely collecting data for this story, it just happened. These ideas, these thoughts, these passions had to be shared. The only way I knew how to properly convey these beautiful experiences was by putting them into these characters and letting them unfold in front of the reader.

Since I feel like I’ve weaved in and out of coherence in this piece, I’ll conclude by saying this; you can do anything. I used to think that that only these incredibly gifted and educated people could complete goals such as this, but time and time again I realized that I am no different than those I looked up to. Whether or not this story reaches the masses or even impacts a single reader, I’ll be forever proud that I stuck to my goal and told this story. Thank you for being a part of Echo Boom.

You can find Echo Boom HERE. 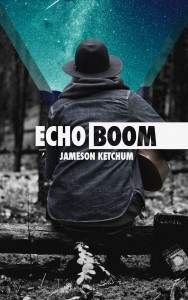 Wish I Was Here

Perks of Being a Wallflower