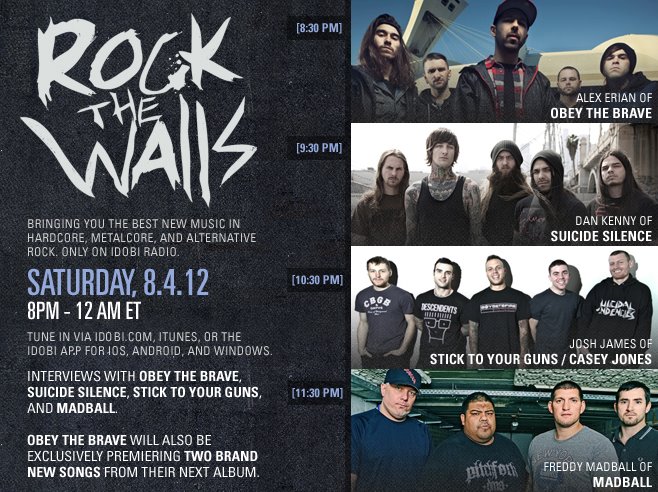 Tune in to idobi Radio at 8pm ET for a brand new episode of Rock The Walls with Patrick Walford. Alex Erian of Obey The Brave will be speaking with Patrick at 8:30pm and premiering two brand new songs from the band’s upcoming full length Young Blood, due out August 28th on Epitaph Records. As well, interviews with Dan Kenny of Suicide Silence at 9:30, Josh James of Stick To Your Guns and Casey Jones at 10:30pm, and Freddy Madball of Madball at 11:30pm. 8pm-12am ET only on idobi Radio.