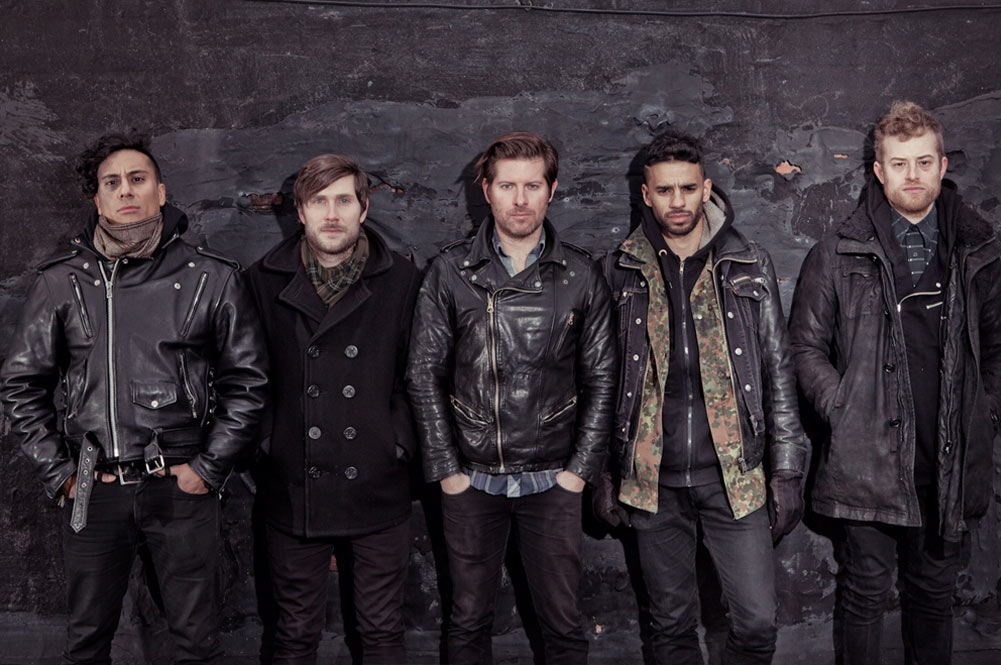 Get Involved! are a veritable post hardcore supergroup, with members having spent time in some of the genre’s most legendary bands – bands like Glassjaw, Thursday, and From Autumn To Ashes. But one act you might not expect to find on their shared resume is British boy band The Wanted. Sure enough, guitarist Brian deNeeve (From Autumn To Ashes) and drummer Tucker Rule (Thursday) both toured as part of the pop stars’ backing band up until the end of their recent farewell run. So how do their roots in heavy music balance with their time spent playing pop songs in arenas? We brought the band in to find out.

The release of Get Involved!’s first EP entitled Silk Cuts was funded entirely via Kickstarter. That being said, this record truly belongs to our friends and supporters. We were also lucky enough to have the privilege to record with our good friend and the incredibly talented, Ross Robinson (The Cure, At The Drive In, & Blood Brothers).

The process of turning our collective idea of Get Involved! into a reality has been somewhat complicated by the fact that our drummer Tucker Rule and one of our guitarists Brian deNeeve happen to be the backing musicians for the UK pop band The Wanted. Trying to maintain a comfortable balance between playing in an indie / DIY band and being professional session musicians in an arena-level pop group has proven to be incredibly satisfying for them while at the same time fairly challenging.

While some might think that it’s strange to play a hardcore show one day followed by a pop show the next, Tucker and Brian feel that playing for the two very different bands is musically refreshing. For two players who have a deep rooted passion for aggressive music and, at the same time, enjoy the precision and consistency of pop music, the two worlds compliment each other perfectly.

Tucker and Brian are no strangers to this DIY/indie vs. major label game. Both have been touring and writing music for the better part of 15 years, formerly playing in Thursday and From Autumn To Ashes. We started playing shows in basements, VFW Halls, and high school parties, while slowly but steadily building a following which led to high profile shows, i.e. Warped Tour and Coachella, touring with bands from Anthrax to The Cure, and playing major festivals all over the world.

Through all our experiences, the number one was always the love of playing music. For most musicians, nothing can really come close to the feeling of being on stage and throwing yourself completely in the moment of a live show. For Tucker and Brian, not only does that feeling happen on the stage with The Wanted but it holds true with Get involved!. Both of these projects collide in the way that shows we love playing, writing, and being in bands. Get Involved! has the gritty undertones of what we are about, while The Wanted proves that we like the challenge of striving for that “near flawlessness” needed for a pop gig.

At the end of the day, no matter what band we play for, no matter what kind of music, no matter what venue, we give it our all. Whether it’s with The Wanted or Get Involved!, we try and play with integrity and have as much fun as possible because we know we are still lucky to have live music be a part of our lives.

Tags: From Autumn To Ashes, Get Involved, The Wanted, Thursday