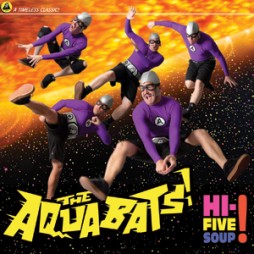 The Aquabats! have premiered  its brand new track “The Shark Fighter!” on the band’s Facebook page now.

The track is taken   The album will be available for pre-order later in the week, though a teaser for the album, featuring footage from their recent live dates, can be seen here.