The 1975 have just released their newest music video for “Robbers,” taken from their debut self-titled album. In an e-mail released to the band’s mailing list, they included a bit of a backstory on “Robbers” and its video, which you can read below. The band are currently out on a US headlining tour with Bad Suns and Sir Sly, and all of those dates are listed here. 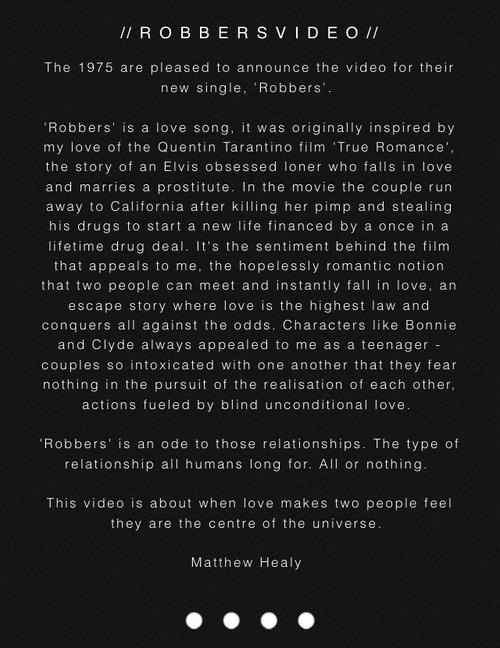