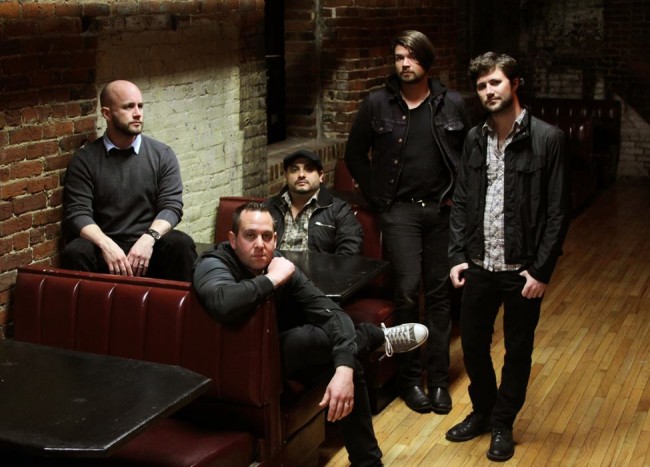 Taking Back Sunday are now a part of the Hopeless Records family. Their upcoming album, due out in Spring 2014, will be their first non-major label release since  Where You Want to Be. They’ll be heading out on tour this fall with Polar Bear Club and Transit, and you can see those tour dates here.

Hopeless Records is pleased to announce that they will be releasing the next full length album by Taking Back Sunday in early 2014. Taking Back Sunday have been working on the album since May with two different producers and have already completed a portion of the record at Rancho Recordo with producer and long-time sound engineer Marc Jacob Hudson (Saves The Day, The Swellers.) They head to Long Island this month to finish up with Mike Sapone (Brand New, O‘Brother) who also worked with them on the Demos for Tell All Your Friends.

Eric Tobin, VP of Sales & Artist Development at Hopeless Records explains, “We could not be more thrilled to have Taking Back Sunday as part of the family. There are many things to come and we are so excited for the future!”

Taking Back Sunday will embark on a 23 date tour of US Markets on October 11, following a handful of September one-offs that include supporting Blink-182, making up the missed 2012 TAYF10 shows at Starland Ballroom which was devastated during Hurricane Sandy and a main stage slot at the Chicago stop of Riot Fest. They will likely test out some of their new material live along the way.

Eddie Reyes, one of the founding members of Taking Back Sunday shared: “We are extremely excited to be a part of the Hopeless Records Family and look forward to working with them. I have great respect for the label and the bands they support and we respect how hard they work together. We also can’t wait for everyone to hear our new album and we thank them in advance for their help in making that happen.”