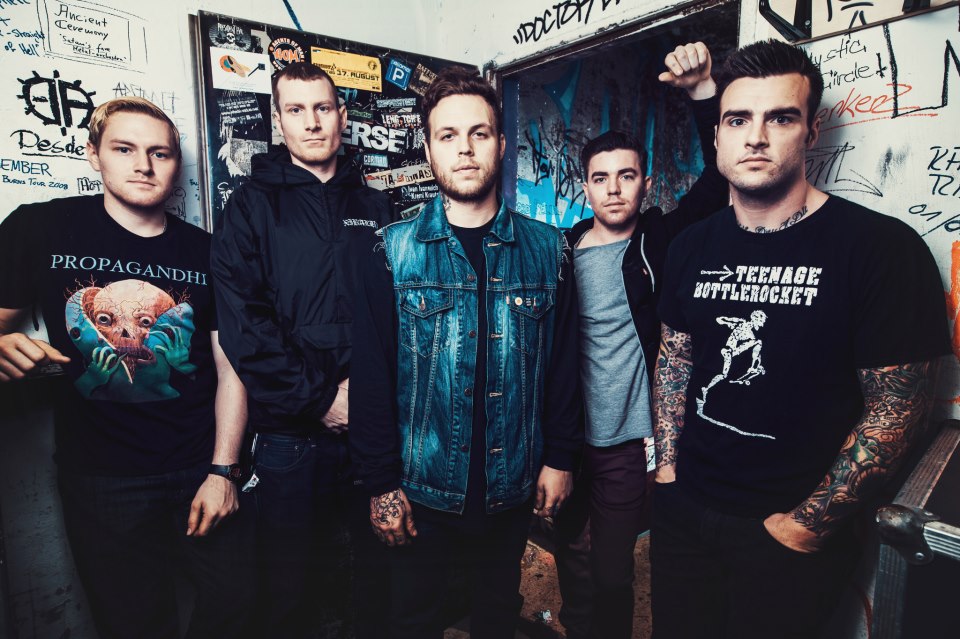 Stick To Your Guns are premiering a new single off of their upcoming record release,  Disobedient, which will hit the shelves on February 10th via Sumerian Records. Aptly titled, “RMA (Revolutionary Mental Attitude)” features frontman Toby Morse of  H20. On the new track, vocalist Jesse Barnett says,

Something my soul always resonated with within the hardcore scene was its frustrated and aggressive intent that drove it towards a specific direction. From an outside perspective this can come off as violent or even as negative. While both of those things exist within hardcore what I always saw was an overwhelming mentality of positive thinking. A place where no matter naive it may seem, there are people who truly believe that things can change. That people can change. That things can get better. I was and am among these people. However with the direction the world is going, I think that this scene and our society as a whole calls for something more. Not just positive thinking but revolutionary thinking. It calls for inward revolution so that there may be an outward evolution. This song is for those who may have been thinking the same thing. Being positive is no longer enough.

The band will also embark on a tour in support of their upcoming release  with The Amity Affliction, Being As An Ocean, and more starting next month. Check out the new song below!

Tags: stick to your guns