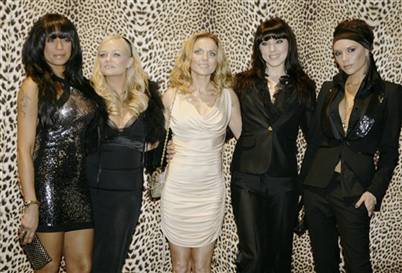 NEW YORK – If it worked for ABBA, why not the Spice  Girls?

Producer Judy Craymer says her company will create and produce a new stage musical based on the songs of the girl-power group whose recordings have sold more than 75 million copies. The show is tentatively titled, “Viva Forever.” No production timetable was announced Thursday.

Craymer produced both the stage and screen versions of “Mamma Mia!” The musical featuring ABBA songs has been a mega-success, seen by more than 42 million people worldwide and grossing more than $2 billion since opening in London in 1999.