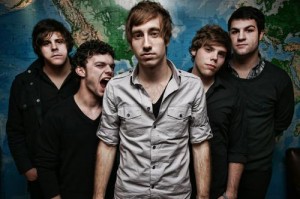 Sparks The Rescue will join The Dangerous Summer as direct support on the “2011 American Tour,” heading out across the U.S. this spring. This nationwide run will kick off in New York, NY on March 15 and run through the end of April.

This tour precedes the release of the band’s second album Worst Thing I’ve Been Cursed With set for release this spring. The band also made appearances on Punk Goes Pop Volume 3 with  its cover of Lady Antebellum’s “Need You Now”, and the band’s  interpretation of Jane’s Addiction’s “Mountain Song” was recently featured on Punk Goes X for Winter X Games 15.

Dates for the tour can be found below, with more  to still be announced.

Tags: Sparks The Rescue, The Dangerous Summer, The Graduate, The Scenic