We’ve all been there–bubbling with excitement for a new release from our favorite band, waiting impatiently until release day and rushing to download it on iTunes at midnight, or heading to our nearest store to grab a copy. In a generation of immediacy, waiting any amount of time for a new album feels like forever. And the music industry seems to have heard our cries. The trend of streaming songs, and even entire albums, ahead of release is fast becoming the norm. But while it’s great for us music fans, how is it affecting the bands we love?

Streaming is definitely booming, with services like Spotify and Pandora becoming the norm for anyone with an internet connection (which is all of you if you’re reading this). This comes with a certain expectation of getting music for free–that is, immediate availability without paying for the music itself. So if we’re getting all of these sweet jams for free, just how much does the band make? According to data recently released by recording industry trade group RIAA, streaming revenues aren’t bringing in nearly enough money compared to physical and download income. So the short answer is: the band makes very little to nothing. But there are other factors that come into play, for example: How does it affect the hype of a band?

Streaming: It’s not what you know, it’s who knows you 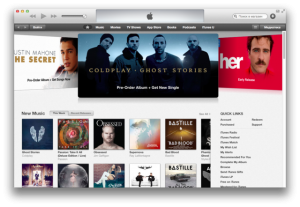 Of course there are positives to streaming songs ahead of release; it can give smaller bands, in particular, the chance to create hype and get their name out there. This is especially important in the age of social media, where word of mouth (or computer screen) is essential. We’ve all experienced it; the easiest way to discover a cool new band these days is through listening to their songs broadcast on Twitter, Facebook, or Soundcloud. And if bands offer up the songs they stream for download, one at a time, they can also gain more profit instead of offering up the entire album at once. There has always been the tradition of the lead single which is released ahead of the album, so this isn’t necessarily anything new–it’s just been escalated. 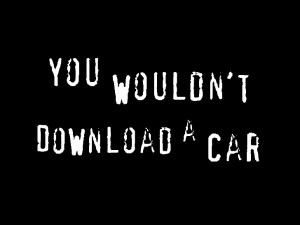 Another plus is in the combat against piracy. There’s always that temptation to get the album you’ve been waiting for before everyone else has heard it, and the internet can make that very easy if you’re the slightest bit tech-savvy. But a pre-release stream can be a way of stopping fans from downloading the album illegally when it inevitably leaks online ahead of its release date, especially due to the differences in release dates across the world. Streaming allows us all to hear a band’s new album as soon as possible, without turning to piracy. The pre-release stream also has the added advantage of establishing good relations with the press. If these streams are premiered through specific media such as music websites, it ensures the support of the press, which is important for bands at a time when media is as crucial as word of mouth. These streams are usually limited to a short time and will disappear from the online archive to preserve download sales, so you can have that excitement a few days early, without committing a felony (or feeling the guilt of depriving your favorite band of their next meal). Exclusive streams are an advantage for media websites too, because it drives traffic through their site alone, which in turn helps artists get the coverage they deserve.

Sales: Are the best things in life really for free? 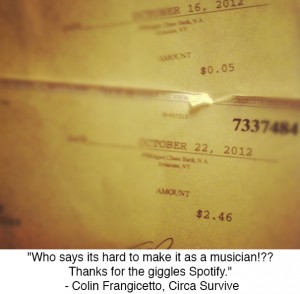 Streaming definitely has some impact on hype, but what’s the impact on sales? Streaming doesn’t earn anywhere near as much as downloads, let alone what CDs made back in the day at their peak. Of course we can understand why those shiny bits of plastic are heading the way of the dinosaur due to the wonders of the internet, but it’s definitely fair to argue that artists should still get paid for their hard work somehow. There’s no way a band could survive on their streaming revenues alone, unless they don’t like to eat or have a roof over their heads, and downloads are the way forward. Streaming revenues reached a new high last year with $1.5 billion, but downloads–experiencing their first decline in revenue since 2003–still earned almost double. While artists have felt the pinch of the record sale decline for years, it’s definitely hit an all-time low. Streaming will only help sustain the record industry if it encourages downloads. According to The New York Times, Spotify generally pays $0.007 per play of a song, which is virtually nothing compared to downloads. Just to hammer that home, that’s seven one-thousandths of a dollar. Did you even know that existed? On a 99-cent download from places like iTunes an artist will earn around 7 to 10 cents. 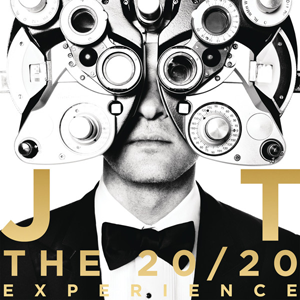 However, some research from the NPD Group found that 38% of free Spotify users bought a track download in the last three months, compared to 17% of non-users. So maybe the idea of hyping up an album through pre-release streams can actually work. In the case of Justin Timberlake’s The 20/20 Experience, it did. He made Part 1 of the two-sided project available to stream on iTunes before its official release and, upon release, it sold 968,000 albums in its first week and stayed number one on the charts for three consecutive weeks, becoming the best selling digital album of 2013. In this case, the pre-release stream was an effective way of hooking listeners in and getting publicity. Many record industry professionals argue that they actually boost pre-orders, rather than decrease sales.

So what does it all mean?

Let’s face it, the music industry as we know it is going down the drain; it started happening when the internet became a thing. So record sales haven’t nearly been enough to support artists for decades–that’s why tours, merch, appearances, and other mediums are now more important than ever. In this day and age of exposure, exposure, exposure, immediate worldwide availability makes streaming a revolution in the way we consume music, so here’s hoping the greater level of exposure that comes with streaming encourages enough downloads to keep artists and record labels from going under. If you really want to support an artist, buy their album–directly from them if you can. But love it or hate it, streaming is here to stay. So, if it gets you discovering a new band, or wanting to pick up a new album you weren’t sure you were going to buy, then it might be worth the cost to the artist (if only as the price of promotion).