The birds are awake, singing their songs… but ours are probably better. 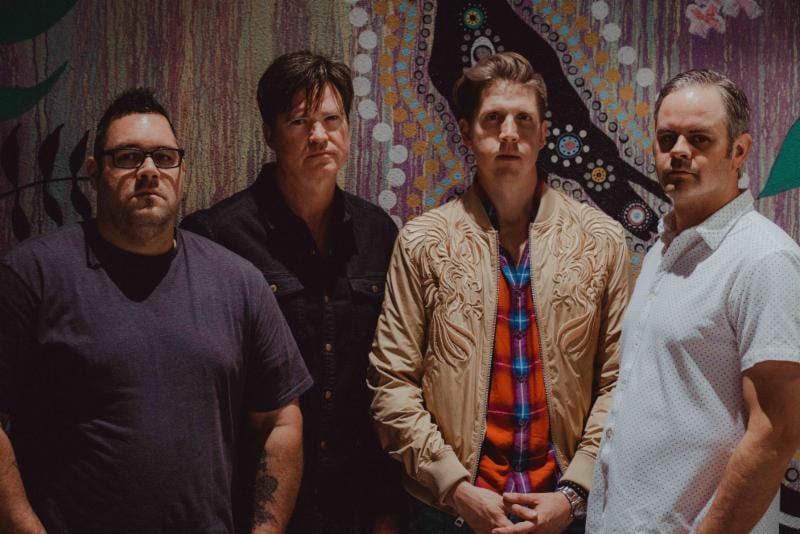 What: “Farewell Past” is a taste of the act’s forthcoming self-titled EP. Just to warn you, it’s pretty addictive.

Why: “Farewell Past” is an alternative rock anthem that sweeps in and knocks you off your feet well before the chorus even hits. Don’t worry though, it’s only here to lift you up to brighter places.

“This song came about one afternoon on a picnic bench after a quick conversation with a homeless drifter who’d just made his way from Maine to South Florida with nothing but a backpack and a determination to keep going forward. After an intro that has an Egyptian vibe, the song erupts into an exciting and uplifting chord progression with a driving bass melody. [Drummer, Rene] Rivera developed a tribal drum pattern that pulses throughout. ‘Farewell Past’ explores what it means to feel crippled by the past, to fight for love, and to overcome personal demons.” – Lochness Monster

Who: ExitWounds is an Indianapolis metalcore band that might just shake the whole world with their sound.

Why: Based on an urban myth (Google: Edward Mordrake), “Divide” is aptly titled. Equal parts soul crushing beats and soaring melodic choruses, there’s something for everyone in the song—if you’re brave enough to jump in.

“The music video for ‘Divide’ was our first video that we’ve done in multiple locations. Vince Lundi [director] had the incredible idea to shoot one scene in an old Victorian style home and the other scene in a rundown barn to visually resemble the two faces of Edward Mordrake. Out of the four music videos that we have released, this was by far one of our favorites to shoot!” – ExitWounds