Riot Fest has announced the lineups for its Chicago and Denver festivals, taking place September 12-14th at Humboldt Park and September 19th-21st at May Farms respectively. The Cure, The National, Rise Against, Weezer, Social Distortion, The Flaming Lips, Slayer, and the Wu Tang Clan will join both festivals as headliners, with The Cure also having been added as a headliner of the Toronto weekend. Tickets for Denver will go on sale here at 7pm MDT, with tickets for Chicago available here at 8pm CDT.

The full lineups for each city can be seen below! 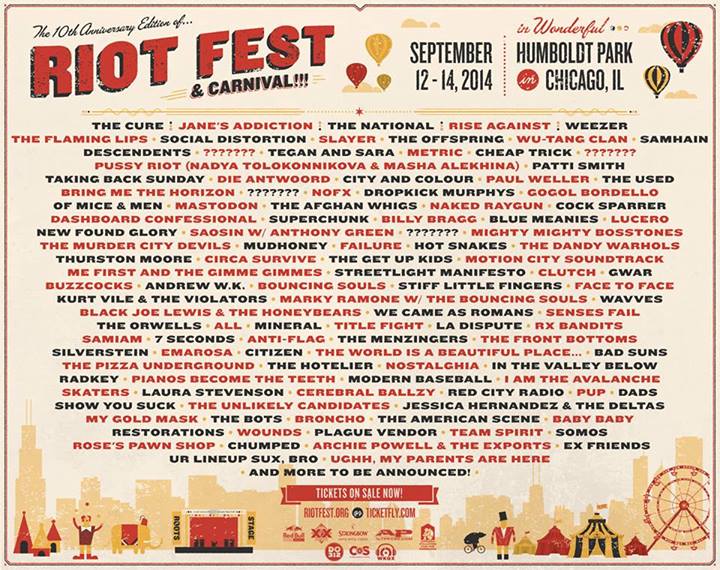 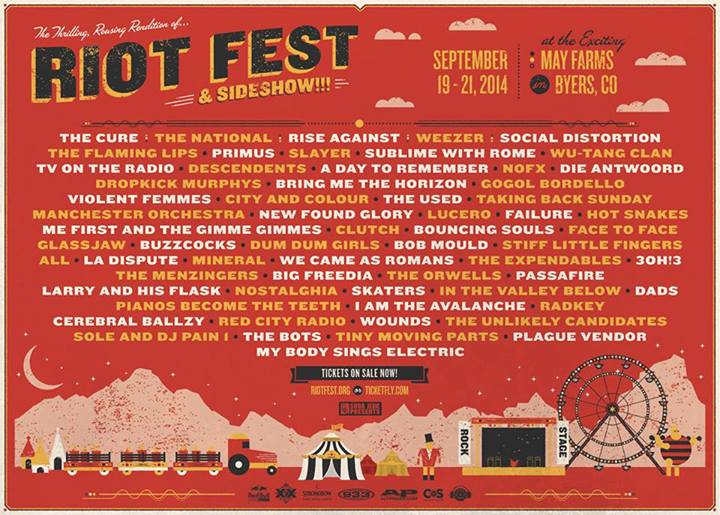