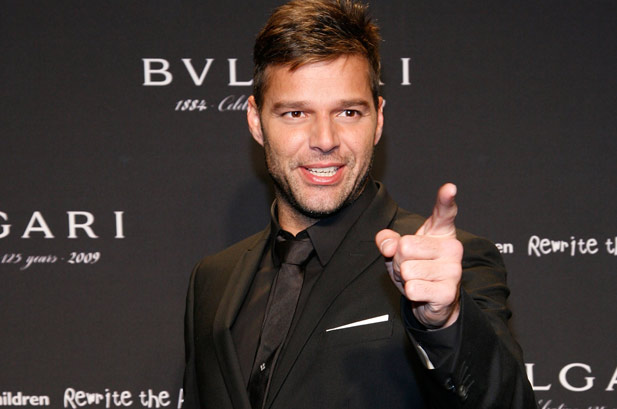 NEW YORK – After more than a decade of dodging rumors and speculations about his sexual orientation, Latin singer Ricky Martin has come out of the closet and declared himself a “fortunate homosexual man.”

In a post made on his Web site today, Martin wrote, “Many people told me: ‘Ricky it’s not important,’ ‘it’s not worth it,’ ‘all the years you’ve worked and everything you’ve built will collapse,’ ‘many people in the world are not ready to accept your truth, your reality, your nature.’ Because all this advice came from people who I love dearly, I decided to move on with my life not sharing with the world my entire truth. Allowing myself to be seduced by fear and insecurity became a self-fulfilling prophecy of sabotage. Today I take full responsibility for my decisions and my actions.

“These years in silence and reflection made me stronger and reminded me that acceptance has to come from within and that this kind of truth gives me the power to conquer emotions I didn’t even know existed.,” he continued. “Every word that I write in this letter is born out of love, acceptance, detachment and real contentment. Writing this is a solid step towards my inner peace and vital part of my evolution. I am proud to say that I am a fortunate homosexual man. I am very blessed to be who I am.”

Recently, Barbara Walters noted that she regretted trying to force Martin to open up about his sexuality during a 2000 interview and reveals that her questioning may have ended his career.

“In 2000, I pushed Ricky Martin very hard to admit if he was gay or not, and the way he refused to do it made everyone decide that he was,” she told The Toronto Star. “A lot of people say that destroyed his career, and when I think back on it now, I feel it was an inappropriate question.”

During the 2000 interview, Walters told him, “You know, you could stop these rumors. You could say, as many artists have, ‘Yes I am gay,’ or you could say, ‘No I’m not,’ or you could leave it, as you are, ambiguous. I don’t want to put you on the spot, but it’s in your power to do it.” Martin responded, “Thank you so much for giving me the opportunity to express the rumors, but Barbara, for some reason I just don’t feel like it.”

“This is just what I need especially now that I am the father of two beautiful boys,” Martin said. “To keep living as I did up until today would be to indirectly diminish the glow that my kids where born with. Enough is enough. This has to change.”

“When Ricky Martin, a man whom I admire very much, says whether he’s gay or not, that’s when I will tell you,” Antonio responded.