We’re happy to bring you an exclusive stream of Quartered’s brand new song “She Sees Colour” from the band’s upcoming release Eyes and Ears. Take a listen below!

Hailing from Vancouver, prog metal band Quartered has shared the stage with Lamb of God, Testament, and more while touring worldwide and releasing 2 full-length records. The next chapter in the band’s discography, Eyes and Ears, will be released October 7th – you can check out pre-orders in the band’s webstore.

Heavily influenced by “memories and how senses play a big part in connecting and helping us remember parts of our lives,” the title Eyes and Ears was chosen because “you can’t un-see the things you’ve witnessed and hearing is such a powerful way to trigger memories,” explains vocalist Greggor Williams. 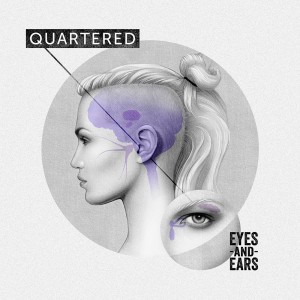 If you’re liking the sound of “She Sees Colour,” you’ll be happy to hear that the band’s first single from the EP, “Violent Love” is being offered as a free single on PureGrainAudio.