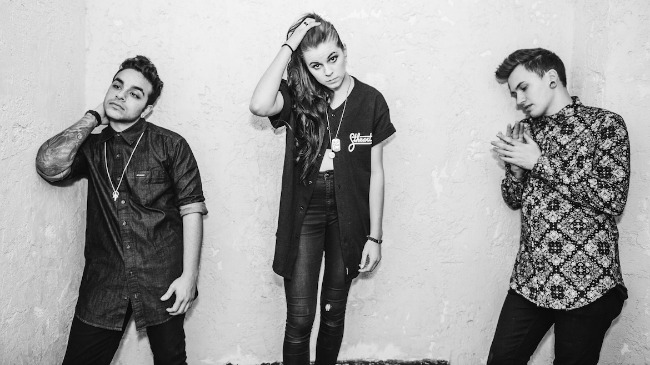 It’s not St. Patrick’s day, but PVRIS still has news that’s  giving  us something to talk about. Today, the Massachusetts based band that released the  well loved  album  White Noise in 2014 announced that a deluxe version of the collection is coming on April 22nd.

On top of the announcement of the album and the release of a variety of pre-order bundles, PVRIS has released a brand new track titled “You and I”.  A video for the song has already hit YouTube, and can be seen below.

In case you were wondering if  the deluxe edition is just a cash grab, Lynn Gunn had a few words to say on Twitter, cementing the position that PVRIS is here for the right reasons, and therefore here to stay.

And to the small portion calling this a “cash grab”, you can hop right the fuck off. We’ll stick with our ride or die friends who get it.

We only want to make honest and real work that we’re proud of & we only want to give 100% with whatever we do. There’s no point otherwise.

Don’t be a poor unfortunate soul, and pre-order your copy of White Noise Deluxe today. Check out the video for “You and I” below!