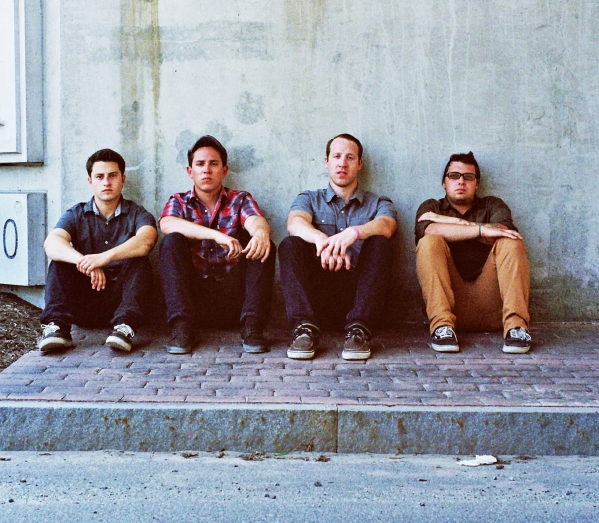 Pentimento have announced their new EP,  Inside the Sea, which will be released on October 22nd via Paper + Plastick Records. It was recorded by Jay Zubricky (Every Time I Die, Kid Gorgeous) and mastered by Stephen Egerton (Descendents, Less Than Jake, MxPx). You can see a new studio video from the band below, which includes a first look at the beautiful artwork for the EP (at 2:22 in the video, for those curious). It will be released digitally and on a 10″ record. They’ll be heading out on tour this fall with Real Friends, Mixtapes, and Forever Came Calling as well, and you can see those tour dates here!

If I had to say something about the sound of the band at this point, or what people can expect from this EP – the only thing that comes to mind is that this music sounds urgent. It all happened seemingly at once, which is what makes this release different from the ones before it.  There wasn’t a riff we’ve been kicking around for months and then decided to make a song out of it. There wasn’t a bunch of words in a notebook that seemed to make sense to use for something. It just happened. The songs sound like they needed to come out. We did not spend months on top of months mulling the parts over. We did not lock ourselves in a room until we felt like we were finished. We did not take our time recording them. We decided it was time to do something, and then we did it. The product of all this is an EP representing a very particular and uncertain and most of all scary time period between the release of the full length, and where we’re at now as a band and as people.  It’s very exciting to have the chance to support this EP on tour with Real Friends, Mixtapes and Forever Came Calling this Fall because now that the pressure we put on ourselves to record these songs is off, the next step is turning attentions to the voice in the four of us that screams to share what we’ve been doing with as many people as possible.