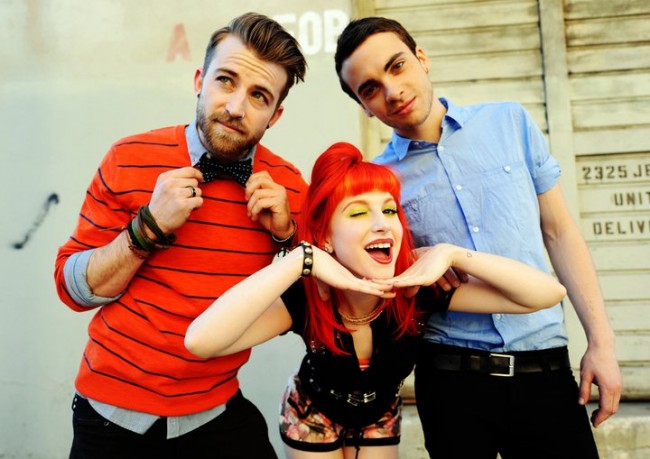 Paramore have announced that their fourth album will be self-titled and is set to release April 9th. The first single will be called “Now.” Read a statement from the band below!

The time has come Paramore fans, friends, and family… And for that matter, the time has come for the rest of you as well. We are ready to spill the beans about what we’ve been doing over the last *coughYEARcough*. With the most pride and passion we could ever possibly express, we would like to announce that this album, our fourth freaking album… Will be self-titled, ‘Paramore’. It has been self-titled through nearly the entire process. In fact, what usually takes us weeks on end to sum up and put a label on only took us a five minute conversation this time around. The whole making of this album was a rediscovering of ourselves as a band and as friends. It was a process that allowed us the freedom to explore new territory artistically and to liberate ourselves as musicians, singers, as people! Sincerely, we feel that the best way to give it a name is just to call it what it is. This album is us.

The first single off the album is called “Now”. Not really sure what else to say except for we love this song. It just feels like the perfect way to start this new journey we are embarking on not only as a band but as a movement. To show people that you can lose battles but come back and win full on wars. You can rise from ashes. You can make something out of even less than nothing. The only thing you have to do is keep moving forward!

Thanks to our fans for believing in the three of us before we ever even did. And to our producer, JMJ, for seeing a brand new band in us. We are prouder than ever and more excited now than ever to be Paramore.

‘Paramore’ will be released April 9th.