All you nostalgists pining for the eras of your youth, prepare to gush with jealousy.

Origo, a start-up company founded by Artur Tchoukanov and Joris Peels, is developing what some are calling the Easy-Bake Oven of the next generation — a “printer” that creates three-dimensional objects out of drawings.

And it’s so simple that a kid could use it. Which is great, because it’s just for kids. 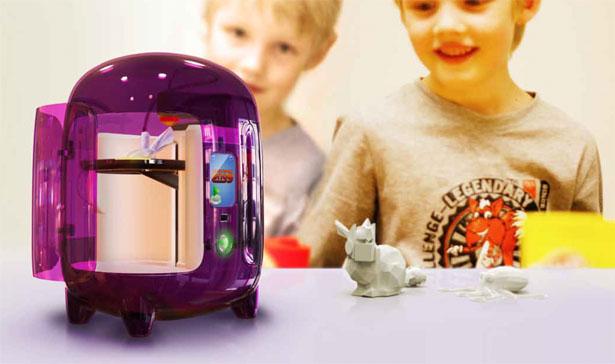 Origo’s bio section reads, “Origo was [Peel’s] idea, emerging from his own experiences with 3D printing. Artur wanted to look beyond existing 3D printers and start from scratch to see if an inexpensive, easy to use and accessible home 3D printer for kids could be made. This became his Master’s project at the Umea Institute of Design.”

So far, the kids’ printers are in the “concept” phase, meaning they won’t be available for a while, but The Washington Post reports the company has already received a $10 million investment from Makerbot, a company that makes similarly forward-thinking gadgets like the Thing-O-Matic, an adult 3D printer.

Peels explained, “We’re currently speaking to VC’s and other investors but most run like little girls when they find out we actually want to make hardware.”

Unfortunately, as can be expected with new technologies like this, the device will not be cheap.