On the tenth  day of Christmas, idobi gave to me holiday songs sung by Urie. 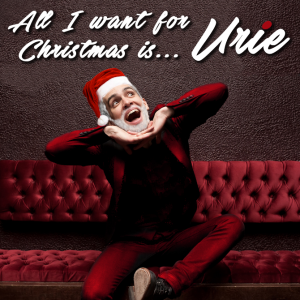 We’re all huge fans here at idobi–some of us staff converse exclusively in Panic! At The Disco GIFs, and every time you release a new tune, it really feels like Christmas has come early. While I’m on the subject of Christmas… all I want this year is a whole album of holiday songs, sung by your wonderful self. The release of Death of a Bachelor on January 15th seems like an absolute age away, and your fans need something to keep them warm during these long winter nights before that glorious day arrives. And what could be merrier than a bunch of yule-themed songs to tide us over until the new year?

There’s no person better equipped than you to bring new life to the old classics, and maybe even write some new holiday songs of your own…? (But I’ll settle for covers. Y’know, whatever you want). You can croon better than Bing Crosby; case in point with your cover of “White Christmas”. What’s a few more songs to complete the collection? Besides, it’d be a shame to waste that talent. And think of all the Vines you could make in relation to the recording and release of said album! Everyone always looks to you to liven up the party (you have the word “Disco” in your band name for Pete’s sake), and this record would be the perfect soundtrack to the year’s festive celebrations. The sheer number of family arguments you could either soothe (or else possibly drown out) with this album should be reason enough alone.

But you wouldn’t just be saving potential family fights and making kids everywhere happy; it’d give you the chance to prove yet again how you can do absolutely anything you set your mind to. Oh, and if all else fails, do it for the Vine(s).

Yours faithfully (and happy holidays!),
Alex

Tags: 12 Days of Christmas, brendon urie, Panic! At The Disco