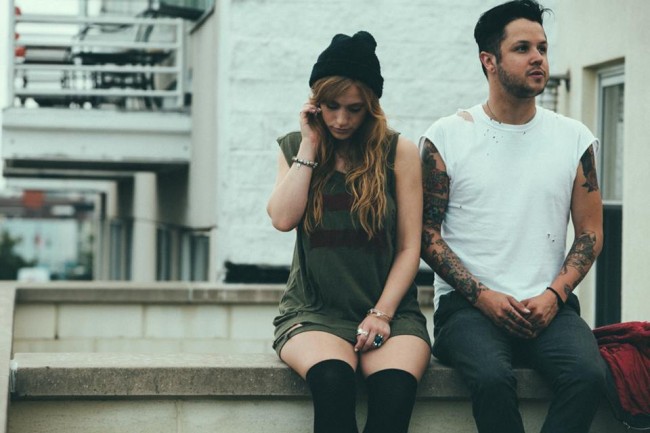 Oh Honey have announced their signing to Fueled By Ramen records! The duo, composed of Mitchy Collins and Danielle Bouchard, put out their debut EP in November of 2013 which has already been very well received.

The band noted their excitement on their Facebook page, stating:

“We couldn’t be more excited to be a part of the  Fueled By Ramen  family. It’s the most amazing thing to be amongst old friends and new and to feel at home from the moment we met everyone. We have have the best team and we can’t wait to get started. Here’s to the future and to never looking back!”

Oh Honey  have also released a music video for the song “Lonely Neighbor (What Am I To You?)” from the EP  With Love, which you can watch below.

The charming,  lighthearted  and indie-folk feel of the Oh Honey have captured audiences with a single EP and landed support for some huge tours in a very short time  (including supporting The Fray  and James Blunt). Their hit “Be Okay” hit 1 million views on Youtube this summer! The band is certainly one to watch, as we noted at the start of the year, and with Fueled By Ramen behind them, Oh Honey is sure to take the scene by storm, if it hasn’t happened already. Catch them on another stacked tour this fall supporting American Authors on the Honda Civic Tour!