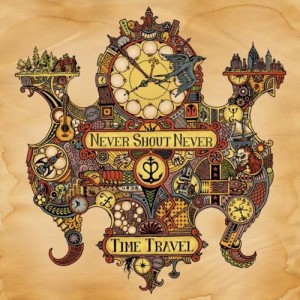 After four years as a solo project, Never Shout Never are set to release their first album as a full band. Founding member Christofer Drew has enlisted the full time help of his touring band members and longtime friends Caleb Denison (guitar/drums/percussion/backing vocals), Taylor MacFee (bass/backing vocals), and Hayden Kaiser (percussion/backing vocals). The band produced the album themselves and the end result, titled Time Travel, will be available September 20th. It can be pre-ordered here and the title track can be heard here.