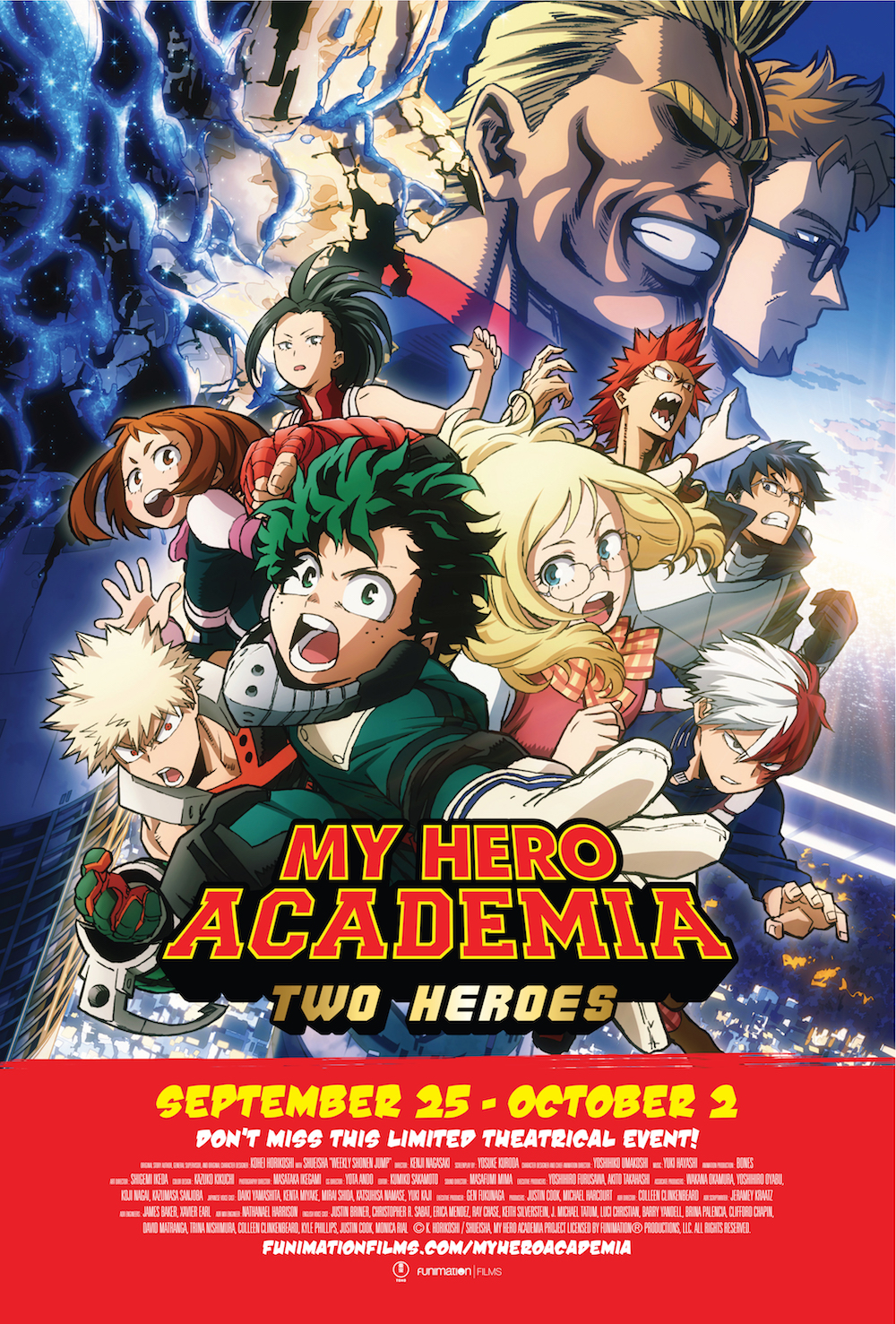 Dreams can become a reality and My Hero Academia: Two Heroes is living proof! The new feature film is swooping in and taking names at the box office, on track to bring in over $2 Million by the end of its third day in theaters. Based off the insanely popular Toho Co. anime series My Hero Academia, the movie follows our intrepid hero-in training, Deku, and the world’s symbol of peace, All Might, as they’re forced to defend the world’s leading exhibition of Quirk abilities and hero item innovations from evil hackers. You know they’ll do whatever it takes—just check out those action scenes in the trailer to get stars in your eyes.

“We were convinced that moviegoers would come out for ‘My Hero Academia: Two Heroes’ based on the incredible responses we received to the franchise at our San Diego Comic Con panel and our  sold-out world premiere during Anime Expo,” said Gen Fukunaga, CEO and President of Funimation. The film is out-earning its top ten competition by $1400 per screen in the US and Canada! Make sure to see it during its five-day run, with more theaters being added due to demand.

My Hero Academia: Two Heroes is available in English dub tonight and September 29th in select theaters and in the original Japanese (with English subtitles) on October 2nd. Find out where to see it here because that’s…what heroes do.