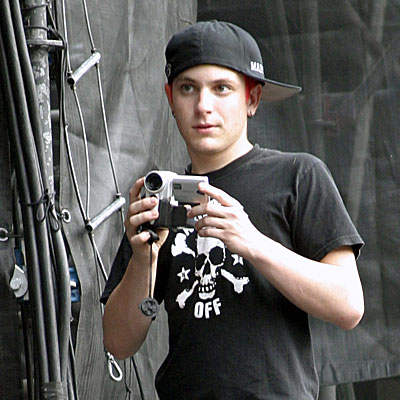 This article first ran in September 2005. We’re reposting it today to honor a voice that has been silenced before his time. RIP Josh Stern (1984-2012)

The music scene today has turned into a gender-free fraternity. To pledge, you must pick up an instrument, listen to the most popular band of the day, write a song that is theirs, and play it for your brothers and sisters – fronting like you’re a musical prodigy.

Or if you don’t want to be the captain, you can just open your ears and wait for somebody to mention a band they like. Tomorrow you’ll know all of their lyrics and own a few t-shirts.

That’s fine. I’m not bitter or jealous, but the whole clique in the so-called “punk” community has destroyed the underground. The “fuck the world” attitude that put punk rock on the map has been diminished.

I’ve been reading “Get In The Van” by Henry Rollins. It’s a day to day journal of his touring days with Black Flag.

Back then there weren’t web forums, streaming audio and video on the internet, or an online community like idobi.com or AP.net for kids to decide if they like a band (or not) because xI_0wN_tHe_SCenEx said they suck, and he has 4 scene points.

I feel that the online music community is very dedicated and strong now. It has progressed tremendously since I launched my first website, Punkinterviews.com, in 1999.

I feel that these bands are in it for all the wrong reasons. They’re jumping at the opportunity to “be cool”.

Black Flag toured their balls off while getting spit on during sets, getting show after show broken up by the police, physically pushing their van after its break downs, and they even ate dog food wrapped in bread when money was low.

None of that bothered them. They were a real band and did it all for the music.

Nowadays if your not old enough to buy cigarettes but have a mohawk that’s semi-bleached, you’ll be on a major label in a heartbeat whether or not you can play.

I am not trying to discourage those of you that visit these sites daily and are fans of this new wave of rock. I live and breath for music and it is great that there are outlets like this for you to learn about the industry and hear new bands.  I just need for you to understand that this current scene has nearly been stripped of all virtue.

There are bands that put out records before 2002. You may get booted from the frat house for checking them out but if you stop listening to “whats cool” and find the right band, you should be able to obtain a greater understanding of punk rock music and morals.