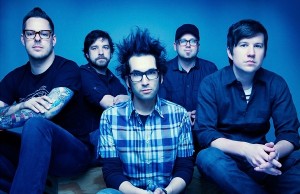 Motion City Soundtrack will be heading out on tour this fall with support from Now, Now and Jukebox The Ghost. The band is promoting their latest release, Go, which came out in June.