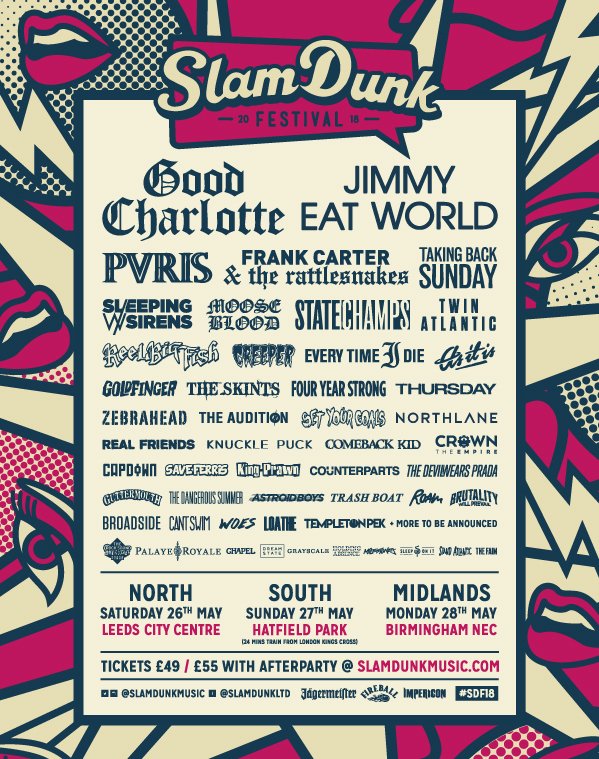 It’s been announced that Moose Blood, As It Is, The Dangerous Summer, and more are joining the lineup for the 2018 Slam Dunk Music Festival. Their official Twitter page posted:

The bands join dozens of great artists already set to play the festival such as Good Charlotte, Jimmy Eat World, PVRIS, and Taking Back Sunday. The show will run on Saturday, May 26th in Leeds, New England, Sunday May 27th at Hatfield Park, and Monday, May 28th at Birmingham NEC.

Want tickets to this must-see show? Click here to book your ticket to punk rock paradise!

Tags: As It Is, Moose Blood, Slam Dunk, The Dangerous Summer