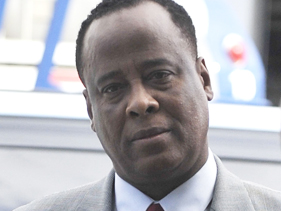 LOS ANGELES – Despite initial reports that Michael Jackson was unresponsive and paramedics were unable to revive him when he suffered cardiac arrest last June, an attorney for Jackson’s father, Joseph, claims that the singer had a weak heartbeat when he arrived in the emergency room.

According to CNN, the claim is the first step in a pending wrongful death suit against Jackson’s personal physician, Dr. Conrad Murray, who has been charged with involuntary manslaughter in the case. The suit could be filed within the next 90 days, and it will hinge on the crucial final moments of Jackson’s life and Murray’s actions during that time.

Attorney Brian Oxman, who is representing Joseph Jackson, told CNN that medical records show that Jackson’s heart beat briefly when he arrived at the UCLA Medical Center emergency room, but that the musical icon was “long gone” by that point. Oxman mailed a letter to Murray’s representatives over the weekend serving notice that the wrongful death suit is imminent and that it will accuse Murray of causing Jackson’s death by not calling an ambulance fast enough.

“The bottom line is, had paramedics gotten there earlier and had they been called right away, chances are he could have been revived,” Oxman said, noting that medical records show Jackson was “long gone, 20 to 40 minutes before the paramedics got there.”

TMZ reported that doctors who worked on Jackson at the hospital said two EKG tests showed rhythmic heart activity both times and that unnamed sources close to Murray claim the doctor said he was able to restart Jackson’s heart at the singer’s rented home before paramedics arrived and maintain it in the ambulance. Those claims contradict those from paramedics on the scene, who said they wanted to take Jackson straight to the morgue and not the hospital because they believed he was already dead, as well as those from Oxman, who credited the weak pulse found at UCLA Medical Center to a reaction from resuscitation results.

The Los Angeles coroner concluded that Jackson’s death was caused by “acute propofol intoxication” caused by a large dose of the powerful surgical anesthetic administered by Murray in an attempt to help Jackson, a chronic insomniac, get to sleep. Jackson, 50, was pronounced dead at UCLA Medical two hours after arriving.

Murray is currently free on $75,000 bail in the case, and since California law requires medical wrongful death lawsuits to be filed within a year of the death, Oxman said the 90-day notice was given in order to meet the legal deadline for filing. The next hearing in Murray’s criminal case, in which he Murray’s criminal case, in which he faces up to four years in prison,

Last week, a prosecutor’s report was leaked that claimed a witness said Murray stopped efforts to resuscitate Jackson in order to collect and hide multiple bottles of propofol before authorities arrived. In the notice, Oxman called the alleged delay “an outrageous departure from the standard of care.”

A spokesperson for Murray’s lawyer, Ed Chernoff, said he had not received the letter but described it as “a bucket of water thrown on a man drowning in the ocean.”