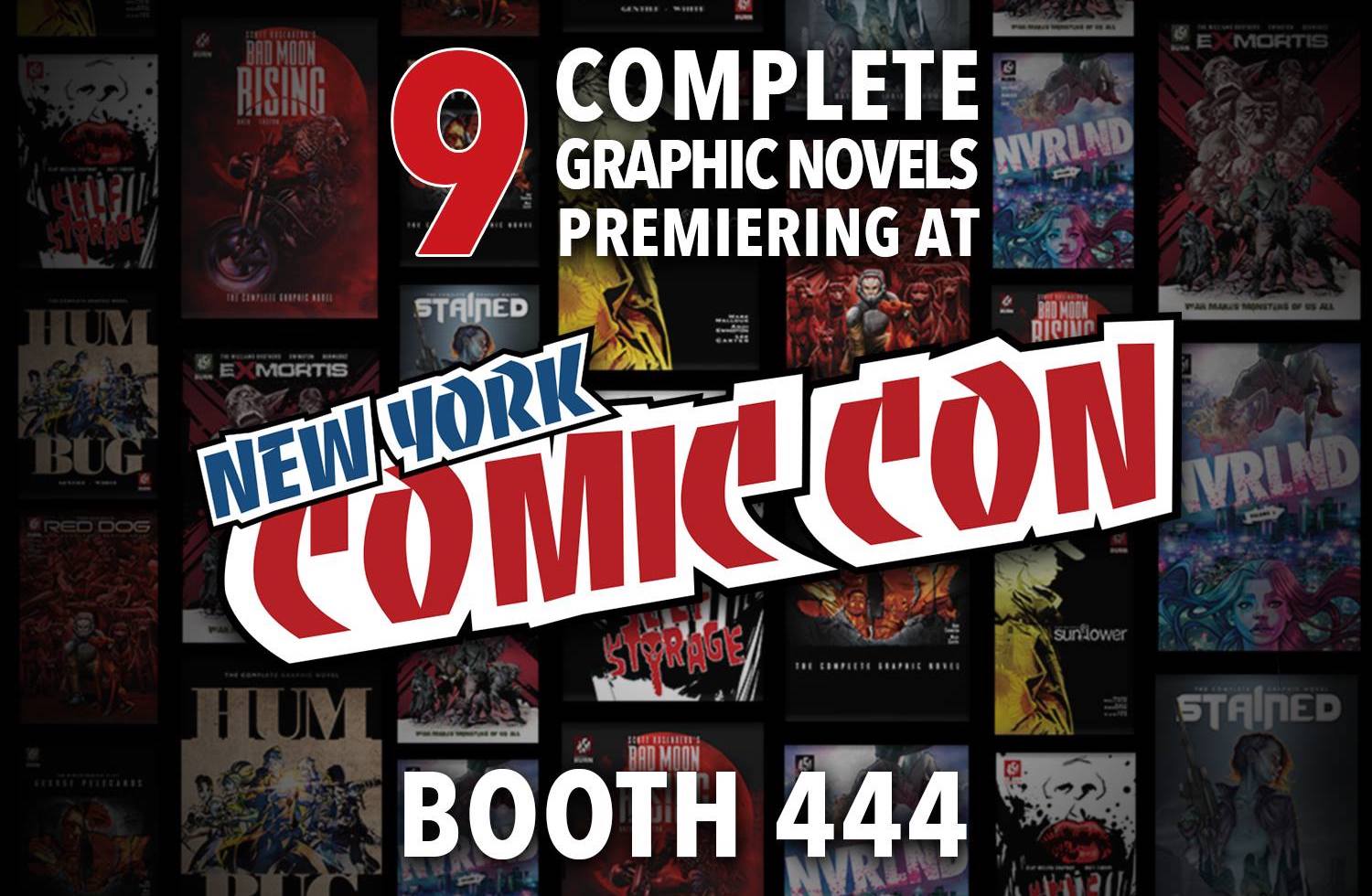 Michael Bay is cooking up something BIG, y’all—he’s teamed up with some of Hollywood’s finest creative minds to debut nine new graphic novels at New York Comic Con this weekend. That’s right, NINE. Oh, and let’s just list just a few of the legends behind the 451 Media Group, shall we:

Co-founded by Bay, the 451 Media Group aims to create “an immersive entertainment experience combining cutting edge digital technology with content from some of the Hollywood’s top creative minds.” All we know is they’ve officially blown our minds, and we haven’t even read the graphic novels yet. Previously released only in single issue series, the 451 Media Group is putting out trade paperback editions of all its properties for the first time, nine titles of which are making their debut at NYCC. You can check out a breakdown of the nine graphic novels below, order your copies here, and then join us in bowing down at the altar that is 451. 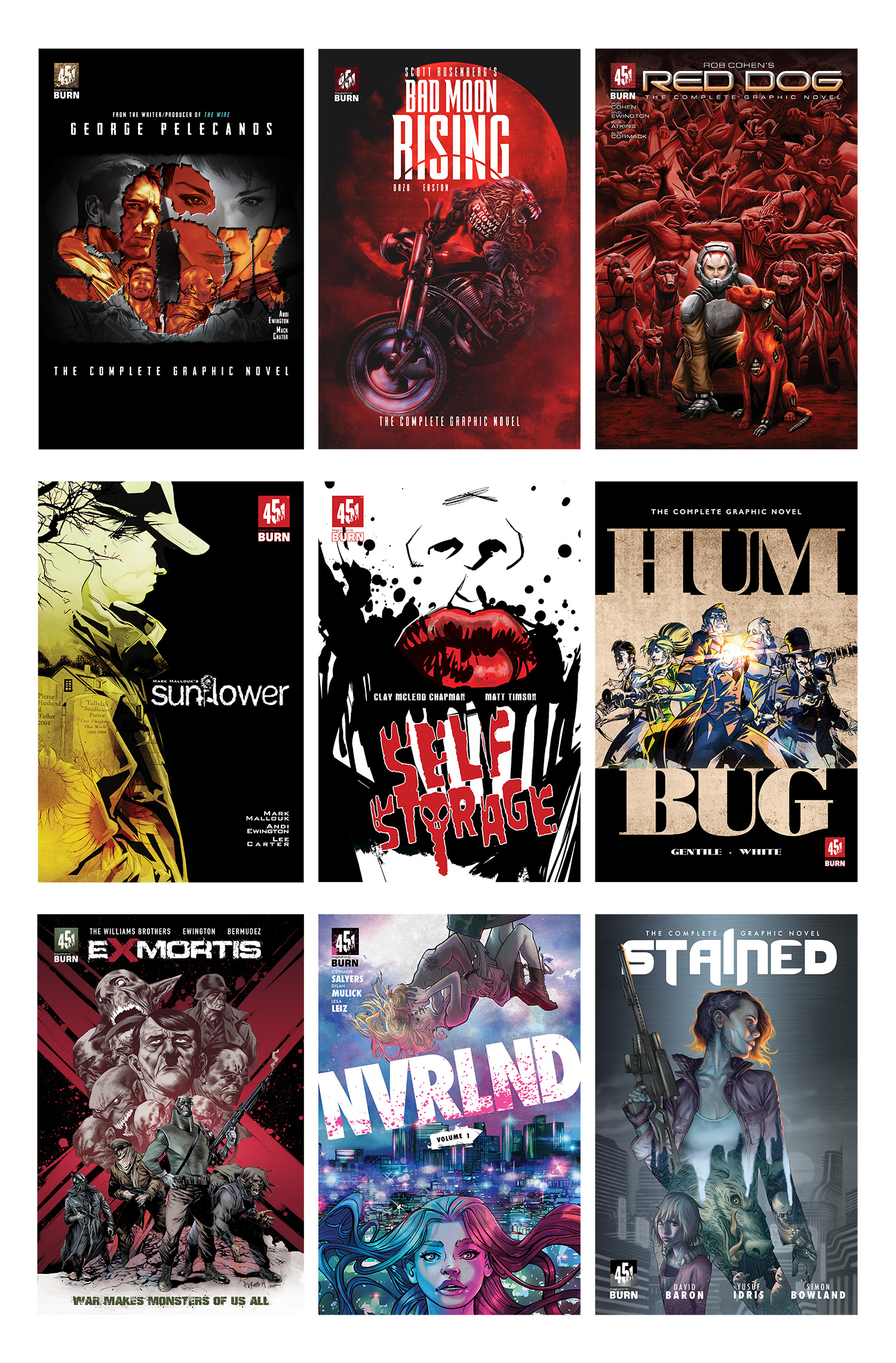 S6X
From master author/screenwriter George Pelecanos (HBO’s The Deuce, The Wire, and The Pacific) comes an explosive tale of war and the lives of six soldiers altered forever, who reunite for one last mission to bring down those who threaten one of their own in a full fury showdown risking everything they have.

“S6X is very visual and character driven,” says Pelecanos. “These are very young men and women. And they look like everyday people. That’s something that I wanted to write about because I think it’s very real and also very important. To me, the graphic novel was the perfect vehicle to take the plunge and dive into the world of sequential art. And it’s something that I’ve wanted to do for a really long time.”

“What I love about the world George created is it’s both heightened and populated by real human beings. The characters are flawed, wounded and emotionally tangible souls who just happen to be caught up in this operatic but deeply personal war story. S6X is more than just a shoot ‘em up — it’s about the things people are capable of at their very worst and their very best.” says Ashley Miller, the screenwriter of X-MEN FIRST CLASS, THOR who is adapting the book for the big screens.

“RED DOG is my passion project and if I can make it into a movie someday, I will die a happy man,” says Cohen.” But more important than that, it has found its form as a graphic novel thanks to the brilliant folks at 451 and a day does not start that I don’t look at a copy of to the first issue framed on my wall and smile”.

NVRLND
From the creative minds of the writing team, Stephanie Salyers and Dylan Mulik comes NVRLND a dark and magical re-imagining of PETER PAN set in present-day Hollywood. Wallflower turned wild-child Wendy Darling befriends the fiery Tiger Lily and enters the rave scene of the underground club NVRLND. Intoxicated by music and pixie dust, Wendy falls for the enigmatic Peter, lead singer of The Lost Boys. You think you may know the truth about NVRLND but the truth is you know nothing.

Stained
Meet Emma London: recovery artist and bounty hunter for hire. She is strong, possibly indomitable, and did we mention…part machine. Emma enters dark places that no one else will go to track down the subhuman criminals lurking in the underbelly of society and bring them to justice. From David Baron, 2016 Harvey Nominee and top comic professional spanning over twenty plus years with highlights including GREEN ARROW: YEAR ONE, PLANETARY, THE AUTHORITY, JLA, DETECTIVE COMICS (THE BLACK MIRROR), GREEN LANTERN, DIVINITY and BLOODSHOT: REBORN.

“With Issue one selling out, I couldn’t be happier how well STAINED has been received by fans and professionals. I don’t think I have ever been more excited for a Con in my 20 year career to premiere STAINED at NYCC 2017,” says Baron.

Self Storage
A Zom-rom-com from Clay McLeod Chapman, the writer of The Boy, Henley, Edge of Spider-Verse and Marvel’s Universe Avengers: Earth’s Mightiest Heroes.

Humbug
A masterly plotted merry and manic mash-up of SHERLOCK HOLMES and GHOSTBUSTERS from A.J. Gentile, the writers and creators of MICRONAUTS and VISIONARIES.

ExMortis
An epic WWII action adventure from the minds of Paul + Pete Williams, VFX gurus behind Avatar, Rise of the Planet of the Apes, and Chronicles of Narnia.

Bad Moon Rising
A wild smash up of The Wolfman and Sons of Anarchy from writer/producer Scott Rosenberg (Con Air, Gone in 60 Seconds, Jumanji 2, Welcome to the Jungle, and the CBS series ZOO).