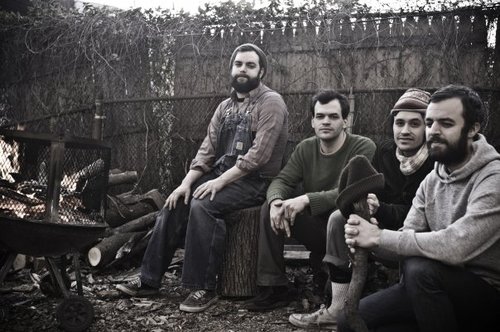 mewithoutYou will be releasing an album containing b-sides from their last record, titled Other Stories. It will be out on August 6th as a pay-what-you-want download and on a limited edition 7″. They’re also going out on tour later this summer, and you can see those dates here.

Next Tuesday (8/6) at Midnight EST we will self-release two exclusive tracks as a limited edition 7-Inch and as a Pay-What-You-Want digital download on our website and through our online store. Other Stories contains the b-sides “Julian the Onion” and “Four Fires,” two tracks that previously only available on the limited-edition deluxe version of Ten Stories. Each song is rooted in the story of the same 19th-century traveling circus train crash from Ten Stories and expands on the character of the Rabbit from East Enders Wives and introduces a new character previously cut from the album, Julian.