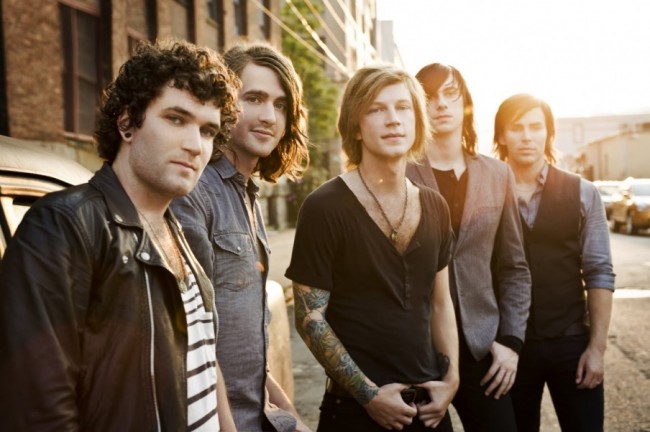 Mayday Parade are streaming three new tracks from the deluxe edition of  Monsters In The Closet, out today. Bassist and vocalist Jeremy Lenzo posted a message on the band’s Facebook regarding the extended release:

“We are so happy with the responses we received for ‘Monsters In The Closet’ that we wanted to do something special for you guys. You have shaped our band in so many ways these past 8 years, and given us so much encouragement and support, that we could never say thank you enough.  We feel you were just as much a part of making this album as we were, and we wanted a way for you to feel that connection. So we decided to go back and mix/master a few songs that didn’t make it on  the official release so that you could hear everything we were working on, and see other directions the album could have gone.”

Listen the new songs “Hear The Sound,” “Stuck In Remission,” and “Worth A Thousand Words” below!