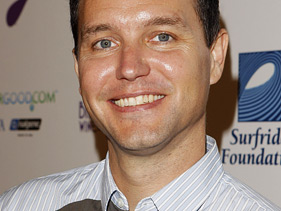 On June 21st  Blink-182 made  an announcement that the group will headline KROQ’s Epicenter festival in September, so on Tuesday the 22nd, Mark Hoppus decided to up the ante, taking to his blog to break a genuinely exciting bit of news.

“Blink-182 is full-steam ahead!” Hoppus wrote. “In June and July we will be at the rehearsal spot, getting ready for the European tour this summer, and writing new songs. When the European tour is finished, we head back and play ONE SHOW in Southern California. Then that is IT for live shows for the rest of 2010. Why? Because we’ll be in the studio  recording the new Blink-182 album. Until it is finished.”

Hoppus then added, “I cannot be more clear on this: New Blink-182 music is on the way.”

So after so much talk about tentative release dates and recording sessions, it appears that things really are entering the home stretch, and that the wait for long-suffering Blink fans might actually be coming to a close.

Hoppus also used his blog to address some of the confusion over the KROQ announcement.

“There was some confusion this week about a new track being premiered on KROQ here in L.A. On a segment where the station was announcing our performance in their concert, they hinted to ‘be prepared for the premiere of a new song,’ but they were referring to another band,” he wrote. “I understand how people would be confused (and angry). Believe me, when we have new Blink-182 music for you all, we will make it LOUD AND CLEAR. We’ll be screaming about it. You won’t be able to get away from us talking about it. And that moment is on the way. All of us have ideas from before and after the tour last summer, and are excited to get into the studio and see those ideas come to light. Simple as that.

“The future is very exciting and very near! Thanks to all of you who have and continue to support Blink-182 and everything we do,” he continued. “You are the best, and we’re doing all we can to make it well worth the wait. May the force be with you.”