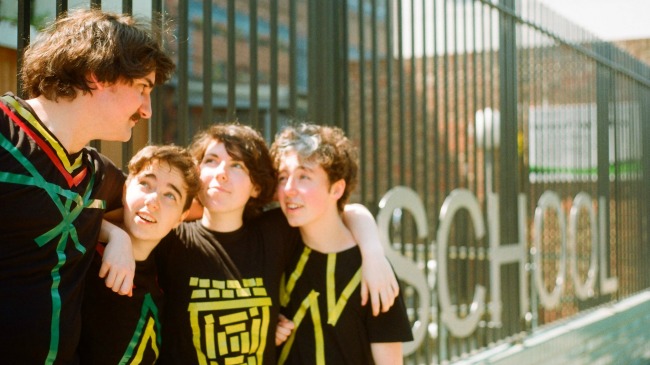 When looking at me, the things I wear, and how I express myself, it’s not hard to tell what kind of music I’m into and how important the LGBTQ+ community is to me. Because of this, my music professor thought a band he was friends with, The Spook School, would be perfect for me. I started watching one of their videos and immediately fell head over heels for them. They’re a playful mix of fun pop punk music and indie vocals. Best of all? They have songs that represent the lives of LGBTQ+ people and the complexity of social constraints.

The Scottish band have an important goal with their most recent album Try To Be Hopeful; to be bold in their message about LGBTQ+ culture and struggles. In a conversation with Laura Jane Grace of Against Me, the band stated, “It seems like there are a lot of people that are just waiting for an excuse to talk about these things.” Following in the footsteps of David Bowie, the band is not planning on sitting in silence. The Spook School provides bold representation in music that lets others in the community know they are not alone–they consider things like not assuming genders when writing about romance, something that is rare and important to eliminating heteronormativity from the world. Their music makes people who do not identify with the gender binary or comply with heteronormative ideals feel as if they can be included in the musical communities that they love too.

The Spook School contribute a very important message to the pop punk scene and have a rad sound you’ll be instantly compelled by. They bring a rare social commentary to the pop punk scene that gives a new perspective. The perspective that The Spook School comes from is something that other bands can aspire to, because it shows being your authentic self is something to celebrate.

You can find more about their awesome music here.