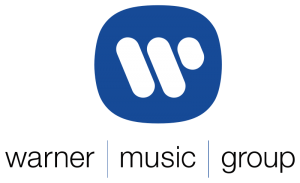 Since joining WMG in 2004, Cohen was responsible for the restructuring of WMG’s Recorded Music division following the company’s acquisition from Time Warner, and for leading the division’s transition from a physical to a digital music company. Between 2004 and 2010, under his leadership, WMG consistently outperformed its music industry peers in Current and Overall Album share improvement, and had the No.1 label in the U.S. in four of those years. In 2007, WMG’s Recorded Music business grew from the fourth- to the third-largest in the world and, in both fiscal 2007 and fiscal 2008, achieved its highest U.S. album share in a decade. In 2011, Warner Music U.K. scored two of the top three albums and was the only major to maintain its U.K. share. Cohen also pioneered the transition from traditional recording agreements to multi-right artist partnerships, providing support for artists in numerous aspects of their careers and encouraging long-term artist development. During his tenure, WMG enjoyed success with such artists as The Black Keys, Blake Shelton, Bruno Mars, Cee Lo Green, Death Cab For Cutie, Ed Sheeran, Flo Rida, fun., Hunter Hayes, James Blunt, Janelle Monae, Jason Mraz, Josh Groban, Lupe Fiasco, Michael Buble, Muse, My Chemical Romance, Nickelback, Paolo Nutini, Paramore, Plan B, Rob Thomas, Shinedown, T.I., Trey Songz, and Zac Brown Band, among many others.

In making the announcement, Cohen said, “To all the artists and employees who live and die for the music every day, and who personally sacrifice for the good of the creative process: ‘keep on keepin’ on’ in the tradition of a company that respects and honors the artistic community.”

Len Blavatnik, Chairman and founder of Access Industries, said, “I personally want to thank Lyor for his dedication and contributions to Warner Music. He has been both a business partner and personal friend and I wish him only the best.”

Stephen Cooper, WMG’s CEO, said, “Lyor Cohen has built something very special here. While we understand his desire to move on to his next challenge, the enduring success of our recorded music division will serve as a great testament to the progress we’ve made during Lyor’s time at WMG. We are grateful for Lyor’s contributions, and we wish him the best. I’m confident that given the strength of our talented management team in Recorded Music, we’ll be able to drive further success.”