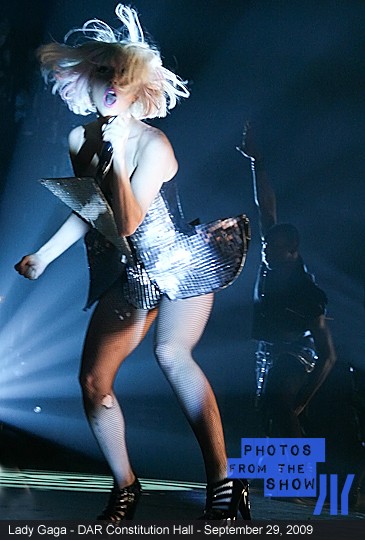 NEW YORK — Lady Gaga is firing back at a music producer who claims he launched her career and is suing her for $30.5 million.

Her lawyer said in a court filing made public Friday the agreement at the heart of the suit was “unlawful.”

Song writer and music producer Rob Fusari filed the lawsuit Wednesday in Manhattan against the  Grammy Award-winning performer. He said his protege and former girlfriend, whose real name is Stefani Germanotta, ditched him as her career soared.

The lawsuit said they co-wrote songs such as “Paparazzi” and “Beautiful, Dirty, Rich.” Fusari also said he came up with her  stage name  and helped get her record deal.

According to the lawsuit, Lady Gaga and Fusari’s relationship turned romantic and then became a business partnership in May 2006, when they created a  joint venture  called Team Love Child LLC to promote her career. Fusari’s share was 20 percent.

But Lady Gaga lawyer Charles Ortner wrote in his response that the arrangement was “structured in such a way as to mask its true purpose – to provide to the defendants unlawful compensation for their services as unlicensed employment agents.”

Ortner wrote that Fusari and his company violated statutes that prohibited them from “acting as employment agents without a license and charging Lady Gaga an unlawful fee for their purported services.”

Fusari’s lawyer, Robert S. Meloni, called the claim “ludicrous” in an e-mail to The Associated Press.

“Fusari is a PARTNER in the Team Love LLC with Gag and her father (through their company  Mermaid),” Meloni wrote. “Rob was no more of an ‘agent’ for her than she is a Roman Catholic nun.”

Ortner did not immediately respond to a phone message left at his office and an e-mail.