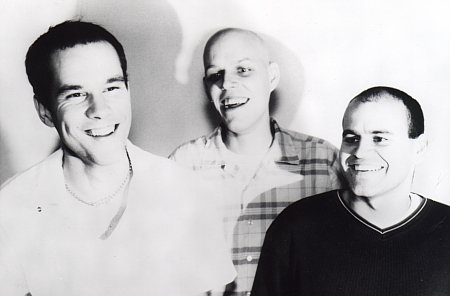 Knapsack, fronted by Blair Shehan of The Jealous Sound, have announced a reunion. They’ll be going on tour this fall, which includes a stop at Fest ’13 in Florida – this will be the band’s first tour in 15 years. Ed Breckenridge, the former bassist for Thrice, will be their bassist for this run.

Knapsack will reunite this  fall to play their first shows since disbanding in early 1999. The dates mark the 15th anniversary of their final  US  tour (with openers At The Drive-In) and will include a first-ever  Florida  appearance at The Fest.

“We are grateful for the opportunity to reconnect both as musicians and friends,” says Colby Mancasola of the band he started with high school friend, Blair Shehan.

Knapsack released three influential albums and toured throughout the 90s. For 2013, the final lineup that recorded  This Conversation Is Ending Starting Right Now  (“A minor classic of twenty something despair.” – SPIN) – Shehan (The Jealous Sound), Mancasola, and Sergie Loobkoff (Samiam) – will be joined by former Thrice bassist, Ed Breckenridge. The band has no current plans to record new material or continue touring beyond 2013.