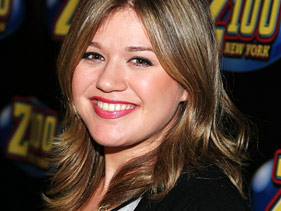 EAST RUTHERFORD, N.J. – Fans of all stripes crowded the Izod Center Saturday, May 16th, to hear a night filled with music from pop artists Kelly Clarkson, Ciara, Jesse McCartney and the Black Eyed Peas to rock from the All American Rejects, and hip-hop from Soulja Boy Tell’Em and The All American Rejects.

Zootopia 2009 started with Jesse McCartney and his lead single “Leavin’,” but it was when he took off his sunglasses and sang “Beautiful Soul” that the sing-along really began. McCartney slowed it down for “It’s Over,” which he called his favorite song off his album Depature. But the clear fan fave was “How Do You Sleep?”

Following McCartney’s act, Soulja Boy played a very short set which included “Crank That” followed by “Turn My Swag On.” To top it all off, he requested that all cell phones be taken out as he took off his shirt to perform “Kiss Me Thru the Phone.”

The surprise of the night was “Gossip Girl” star Taylor Momsen, who introduced the All American Rejects while also pimping her band, The Pretty Reckless. After her appearance, AAR proceeded to rock the show with “Dirty Little Secret.” But it was lead singer Tyson Ritter who captured everyone’s attention. Calling for everyone to scream for “Swing, Swing,” he showed some love for kids in the cheap seats before “Move Along,” broke into a spoken-word version of “Gives You Hell” before the band kicked in, and, after AAR performed “The Wind Blows,” did his best Nixon impression and walked out.

Ciara brought some girl power with the ironically titled “Like a Boy.” As she went into “Goodies,” her splits showed everyone just how limber she really is. And while her “Love Sex Magic” collaboration was left without Justin Timberlake, the sexy moves she performed along with her dancers – which included a Lady Gaga lookalike – more than made up for it.

Keeping the girl power alive, Kelly Clarkson’s killer voice rocked the room with “Since U Been Gone.” Her set included lots of new songs off her new album, All I Ever Wanted, peppered with past favorites like “Miss Independent.” Then it was time for “I Do Not Hook Up,” but only after Clarkson listed her two exceptions to that rule: Hugh Jackman and Russell Crowe. Fan favorites included “Walk Away,” “Already Gone” and “If I Can’t Have You” in the lead up to her finale, “My Life Would Suck Without You.”

Later on, Sean Paul graced the stage to introduce Flo Rida, who made everyone dance to his third hit single “In the Ayer.” After asking the crowd to sing along for “Jump,” Flo brought some female fans onstage for “Low,” or what he called “the record that made him international.” He reserved “Right Round” to dedicate to all the single ladies.

The Black Eyed Peas were the night’s final act. For them the theme was all about finding the party people in the house, and “Pump It” clearly helped in the search. The set was filled with hits like “Don’t Phunk With My Heart” and “Let’s Get It Started,”   and after determining the “Humps” were controlling the room, the Peas played that song, too. Calling their L.A. crowd at last week’s Wango Tango “wiggity wiggity wack,” the band dedicated “Where Is the Love?” to the room, just before bringing out the “Boom Boom Pow” to close out the evening.