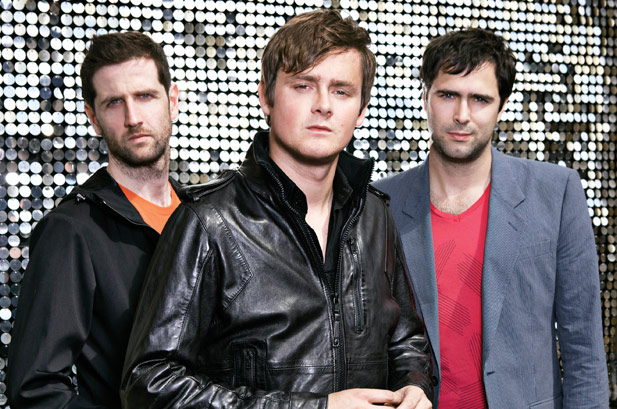 Night Train‘s title and material was born out of Keane’s world tour for 2008’s Perfect Symmetry, of which the band’s favorite method of travel became taking trains between gigs.

“The idea was to chuck out a single, or at most an EP in October,” Keane vocalist Tom Chaplin told Billboard.com. “But it turned into something more. I think we see it as a body of work that we made during touring. Just a document of different places and moods.”

Chaplin says that the tunes on Night Train were written out on the road during the Perfect Symmetry tour and recorded at various studios around the globe, depending on where the band were at the moment.

“I think most bands feel like this, but out on the road, it can be a desolate place at times. A sense of not being that creative. And this is a bit more spontaneous. We’ve always felt that everything must be just so. And you can drive yourself loopy if you dissect every part you’re doing.”

Alongside Coldplay and Radiohead, Keane has become one of Britain’s best exports over the last several years. According to Nielsen SoundScan, Perfect Symmetry sold 135,000. But those numbers pale in comparison to 2006’s Under the Iron Sea, which has sold 392,000, and the band’s 2004 debut, Hopes and Fears, which has sold 1,000,000.

“Maybe it was a step too far for some people as far as what they expect from Keane,” Chaplin says of Perfect Symmetry‘s sales. “It doesn’t bother us too much. In a way, it makes us hungrier. You realize you only get one chance in a band. Using the same tricks is a boring idea. We really want to keep moving.”

Although nothing is on the books at the moment, Chaplin has high hopes that Keane will return stateside this summer for a tour.