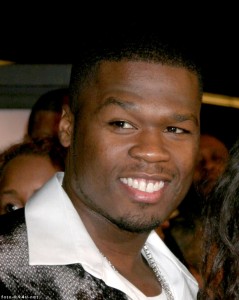 Rapper 50 Cent won his latest court battle on Thursday (September 22nd) in a federal court in Newark, New Jersey where a judge dismissed a copyright infringement allegation against both 50 Cent and his record label, G-Unit.

The plaintiff, author Shadrach Winstead, claimed the rapper plagiarized his book, The Preacher’s Son — But the Streets Have Turned Me Into a Gangster, directly ripping off elements for 50 Cent’s 2009 movie and album of the same name, Before I Self Destruct. A spokesperson for 50 Cent’s legal team reportedly told the media that the judge tossed the case after determining that the book and the movie were significantly different, with the only genuine similarities being a main character who came up on the mean streets of Newark. Common phrases that appear in both artists’ work were deemed common and not a point of copyright infringement.

Earlier this month, 50 Cent was forced to change the name of his upcoming movie to All Things Fall Apart, adding the word “All” after famed Nigerian author Chinua Achebe threatened to sue in an effort to protect his iconic 1958 novel, Things Fall Apart. Achebe turned down a substantial out-of-court settlement offer, prompting 50 Cent to willingly change the title.