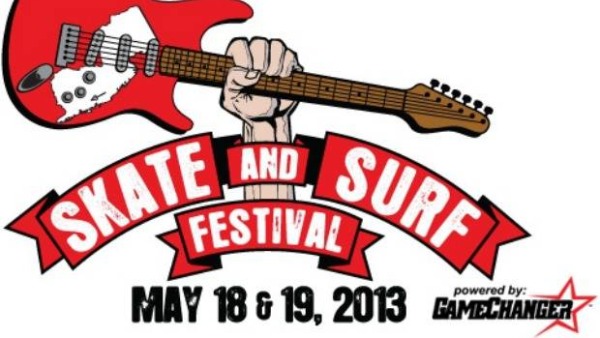 The Gunz Show had an in depth interview with Skate and Surf creator John D’Esposito in which John explained a lot of the behind-the-scenes happenings with the Bamboozle festival, including exactly what went wrong with and who was to blame for his departure. He also discusses the reformation of the Skate and Surf Festival and the start of GameChanger World. Listen to the full interview here!

Though issues with Bamboozle escalated last year, John D. explained that there had been some ongoing issues for several years.

We were in a situation where we wanted to be bigger and we went to LiveNation because we thought we’d be their Coachella, their brand. Our first real year we didn’t get the support that we hoped from them in terms of talent. And the second year really crushed us with this festival when All Points West popped up. We never got Jay-Z, yet this festival pops in and gets Jay-Z at last minute notice to replace the Beastie Boys. When you go to a company you go there for their strengths, and we didn’t get those. We had to fight our own fight to get talent from within and then we had to fight to protect the exclusivity because every LiveNation promoter was out for themselves and radius clauses were just trampled on.

If last year’s festival was done the way the founders and creators wanted it to go, it would have yielded at least 1.5-2 million dollars without sponsorship. And instead, they still haven’t clarified how much they lost because they can’t and don’t want to. I built the car, I built that engine, and for ten years I drove that and won that race. So somebody is going to tell me to go in the backseat and drive my car? Good luck, but when you crash it, don’t call me. It wasn’t LiveNation that did this — House Of Blues did. House Of Blues is 100% responsible for the damage of Bamboozle.

My budget wasn’t approved. It was rescinded under the pretense that we went and got Springsteen or Bon Jovi. As soon as the negotiating got personally serious with Bon Jovi, all that was pushed aside by one person at House Of Blues. Why would you take Katy Perry and Nicki Minaj off that line-up? The two of them would have matched the Foo Fighters’ draw. I had to fight to book the two of them and then call and say, “Hey, we can’t go through with this.”

The final straw was when we learned details we weren’t privy to. The headliner was given $250,000 to ship in his own stage from Chicago. Control of the festival was just given to the headliner.

So how did it end?

Finally I was standing up for what was right – “I may be an employee, but I’m still a partner and the creator of this festival.” This guy from House Of Blues told me on the phone to stick my thumb up my ass and sit in the sandbox at Asbury. So I told him, “I want you to take your job and stick it as far up your ass as you can put it and from here on out you will report to me as the owner, founder, and creator of Bamboozle. Fuck you.” And that was it. The saddest part was watching friends turn their back on you because at that point it was about a check.

They basically changed the festival to a one night only, “join Bon Jovi on the beach” VIP experience. And then the VIP area was put in an area we were holding for parking because it was basically all dirt. And they insisted because they wanted to sell $1000 VIP’s. Three dollars of every ticket was used for hospitality and executive transport to and from the festival, and kids wondered why the ticket prices went up.

John also touched on the ongoing rumors of a Midtown reunion at Skate and Surf.

Every year I try to convince Midtown. In my perfect world this year’s headliners would have been Fall Out Boy and Midtown. I’m going to get them — I think it will be next year or 2015. Every year I go after them first and then Jay-Z, and as soon as they say no I know that it’s a normal year. Midtown know when the right time will be. It has to be a mutual thing.

And finally, he explained a little more about his new venture GameChanger World and the impact he hopes it will have on the scene.

These bands can only tour so much and hit a city without hurting themselves. The problem is that they can’t engage the fan long enough. The promoter’s goal is to take as much money out of the fans’ pockets in five hours, which makes that show experience in favor of the promoters. And it affects the artists, especially the supporting ones who can’t drive those big guarantees. These little initiatives like Gamechanger or whatever’s next are going to help keep a dying breed alive. The revenue stream for bands are dying — kids are stealing the music and the bands can only tour the same market so much. We have to figure out a way that rewards the fans for spending more time mobily with the bands and engages them, and I think that’s going to be through mobile gaming.

We’ll have 20 bands at Skate and Surf and their games will be live. The first games to come out will be for T. Mills and Forever The Sickest Kids on April 2nd.

Don’t forget you can listen to the entire in-depth interview here!