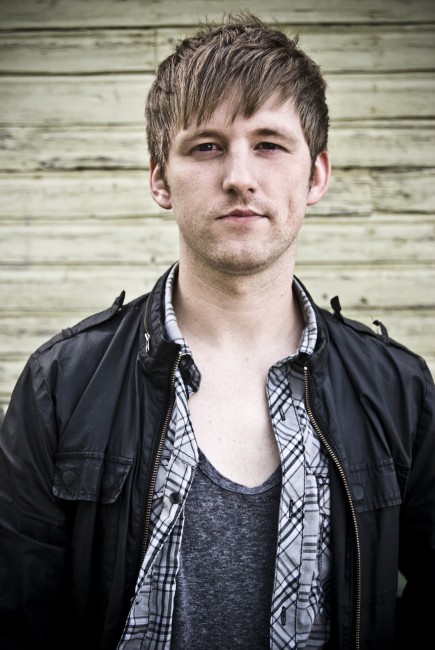 We’re stoked to be premiering our new column Moore Music with Nick Moore, owner of InVogue Records and frontman of Before Their Eyes. As someone with years of experience in the music industry both as a label owner and as a musician, Nick will be bringing us his unique perspective in a bi-weekly column focusing on a range of industry-related topics. In the first installment of Moore Music, Nick introduces himself to our readers and answers one of the most commonly-asked questions he faces as a label owner: “What do you look for when signing a band?”

Hello idobi readers, my name is Nick Moore and I’m from a small town in Ohio called Findlay. A lot of you probably have no clue who I am, so I’ll give you a quick rundown.

I’ve been in the music business for about twelve years. I started a really bad band in 2001 that I prefer not to name that ended up signing a deal with Eulogy Recordings. We put out an EP and then broke up in 2005. I immediately started a new band called Before Their Eyes that signed a deal with Rise Records in late 2006. Since then we’ve released four records and experienced some success. We are in the process of recording our fifth full-length record. In the middle of all the band craziness, I started a record label called Standby Records. I signed a few bands that went on to do great things and experience great success. I was so busy with my band life that I sold the label to an industry friend in spring 2008. After a year and a half of just doing the band thing I REALLY missed running a record label, so in the spring of 2009 I started a label called InVogue Records and signed a few bands. Fast-forward to 2013 and we have around 35 releases. We have bands that are very young to veterans that have been doing it for years. Our current roster consists of Akissforjersey, Before Their Eyes, Being As An Ocean, Dayseeker, Famous Last Words, InDirections, The Illumination, Let It Happen, Liferuiner, Restless Streets, Shreddy Krueger, Sienna Skies, That’s Outrageous!, and Worthwhile.

So I’m going to be doing this blog thing for people who are interested in the industry side of music biz. This is the first blog I’ve ever written and that is probably pretty easy to tell! Since I am an artist as well as a label owner I think I have a pretty unique view of the business. I don’t claim to know it all — I just follow my gut and it’s gotten me to where I am today.

For this first blog I’m going to write about something I’m asked about at least five times a week and that is how I decide to sign a band. There isn’t a magic formula or anything that I really use. The most important thing is that I’m 150% in love with the music I put out. I’ll be honest, I have a couple releases in my early back catalog I put out because I thought they would sell and I didn’t necessarily believe in it myself. Long story short, because I just wasn’t feeling it I didn’t work as hard on the releases and they didn’t sell well; then I ended up regretting ever doing them from the start.

After I fall in love with the music, I like to meet and talk with the band members and just get a feel for how they work. I learn which member is the business leader, and how they can take care of themselves. I love bands that function as if they don’t need a label at all. I think that is very important nowadays because those are the bands that keep building with that extra push. It is their business/brand — I jump in to help push it to the next level while they keep working as hard as they can. The worst experience is to have a band that is incredible musically but just a mess when it comes to the business side of things. I have had bands in the past that I feel like totally gave up after being signed. I think they thought they would be stackin’ paper after signing a sheet of paper, but they learned pretty quickly things actually get a lot harder. I am a record label and have a lot of great resources, but I’m still very DIY. Every project I’ve ever been apart of has been that mentality. Unless you are Lady Gaga or some big pop product, no one is going to make you succeed — you have to be hungry. I’ve also had bands that I didn’t expect to sell great but I just loved the record, and they’ve ended up doing amazing.

Touring is another very important part of me picking up a band. I’ve had problems in the past with bands relying too much on the Internet to make it. There have also been circumstances where the band wants to live on the road before I sign them, but then once it happens, they are ready to come home and get a job after a week out. I’m not really interested in bands that will rely on the Internet to experience success; I’m more into bands that have hit the road themselves and understand it is a very important part of being a musician, even if you are losing money at the start. I spent so much out of pocket money in my first three years on the road that I probably could have another house. It takes sacrifice and persistence to organically grow.

So if I feel like the band has it together, will live on the road, and I’m in love with the music, that is pretty much all it takes for me to sign an artist. I want bands that will make great records and outwork me.