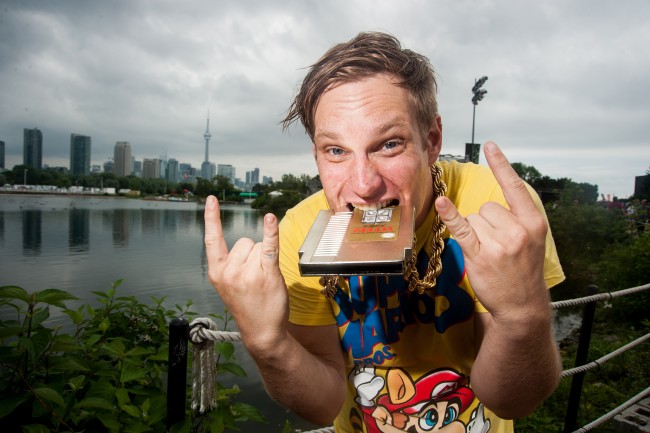 It’s early on a Monday morning when I get a phone call from rapper MC Lars. There’s a scholarly greeting from the brilliant rapper who seems more prepared than ever to share his newest music with the world. The Stanford graduate turned “nerdcore” hip-hop mogul is back this November with a brand new full-length LP The Zombie Dinosaur LP. This particular album reflects a lot on his life as a rapper in his 20s and how he transitions into his goals in his early thirties. “I think that I’ve really seen this industry change. In my 20s, it was all about trying to please other people…or really trying to hit the mark of trying to go viral.” His need to reference pop culture and make it big back then drove him to create art that wasn’t always for himself. “When you create your art for other people, it becomes diluted.” Lars used this to inspire his new album, and the “clearer vision of the music he wants to make.”

“When you create your art for other people, it becomes diluted.”

“I’ve done a lot of collaborations and like mixtapes and stuff… it’s been 12 years now,” he says. With all of that experience and musical knowledge, Lars approached this album differently than he ever has before. “This was the first album that I hired one person to mix the entire thing,” he explains. “I like to make things topical, reference pop culture and stuff, but I also like to give it a timeless vibe so you can listen to it [a] year from now,” Lars expands. This was the theme of a lot of his earlier work, up until Lars Attack. “I purposefully tried to make zero pop culture connections or references, but this album I returned to the pop culture commentary.” His voice is filled with pride as he talks about how proud of this album he is. He knows only time will tell if it’s still relevant in five years, but his confidence exudes through the idea that it will be. “It’s the best thing I could do right now.”

Lars’ 12 year stretch has led to a lot of experimentation with his music. From featured guests, to no guests at all, each of his LPs have had a wide range of differences when it comes to outside influences. The Zombie Dinosaur LP in particular boasts guests ranging from other MCs, to pop-punk favorites like Roger Lima of Less Than Jake. “They always add a little twist and bring a new dimension to the song,” he adds. One of his favorite people to work with currently is MEGA-RAN, aka Random. Having worked on some great literary rap pieces together in the past, they plan to collaborate again and release some new projects next year. His guests are part of his creative outlook, and they’re all friends, which makes his life easier.

“I think everything is punk rock in everything I do because it’s the only way to survive.”

While his work ethic for the album is about combining everyone’s biggest strengths, Lars himself knows no bounds when it comes to the industry. Producing, owning a record label, and being an artist have all been natural progressions since his early endeavours. 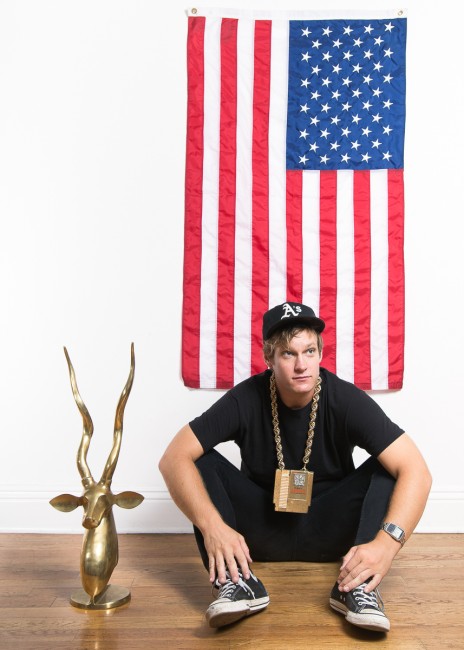 “Some rappers just rap,” he explains to me diplomatically, “they don’t make beats or know songwriting or music theory.” His need to produce was birthed out of necessity. “I think everything is punk rock in everything I do because it’s the only way to survive.” He never thought the label and production sides would be something he was so heavily involved in, but it’s allowed him to discover the best way for things to get done.

Lars believes “hip hop is about being yourself and being consistent and being real to yourself. I guess I would consider myself a nerd, and I guess that comes through.” However, he recognizes the dangers with defining himself as “nerdcore”. Lars doesn’t feel it necessary to brand himself, and doesn’t want to encourage others to do the same. He is constantly getting emails by young aspiring rappers asking him for advice. “They try to essentially copy the key culture, and you come off as inauthentic. When I’m writing I try to be myself.” In a world of hip hop that can often be hard to break through, authenticity is not only a vital factor, it’s necessary to thrive. “Doing funny hip hop on the internet you know ten years ago, not a lot of people were doing it, so I think I had more of an edge.” But when funny hip hop started to become more common, Lars was quick to switch things up, and be more serious. “When humor’s intelligent, I think it’s okay,” he says. In his spoken word, you can hear how analytically he approaches and thinks about his art, while still being able to maintain artistry that isn’t bound by logic nor dumbed down by a shock factor of inappropriate themes. “I don’t ever use profanity or use sexual lyrics…” he goes on. “I think that’s the challenge for me is how to be funny in a PG way.”

“hip hop is about being yourself and being consistent and being real to yourself. I guess I would consider myself a nerd, and I guess that comes through.”

MC Lars uses his actions and words to detail the things he hopes to achieve with music, and is currently bringing those messages on his national tour with Koo Koo Kangaroo. The meaning behind his fall tour centers around people “being creative and finding their own voice.” It’s a staple sentiment from a man whose career has withstood a lot of changes other artists were unable to overcome, and it’s one that won’t soon be forgotten. “What’s fun about what I do is that it has this DIY indie vibe where you can kind of tell what’s homemade about what I do,” Lars excitedly explains. Each album of his has inspiration from a Jello Biafra quote, “Anyone could have made this record, now go make your own.” Lars believes that this is what music is for, spreading a message to continue creating a community of creative individuals that can be inspired. His biggest piece of advice to young rappers would be, “take it very seriously and work on your live performance skills.” Lars believes that having something to say, and being able to say it uniquely is the biggest factor in a performance. Between his intelligence and dedication to the message of creating an inspired hip hop community, it’s easy to see why MC Lars has withstood all of the trials and tribulations of the music industry.

Check out MC Lars on tour now with Koo Koo Kangaroo, and be sure to grab a copy of The Zombie Dinosaur LP November 6th!