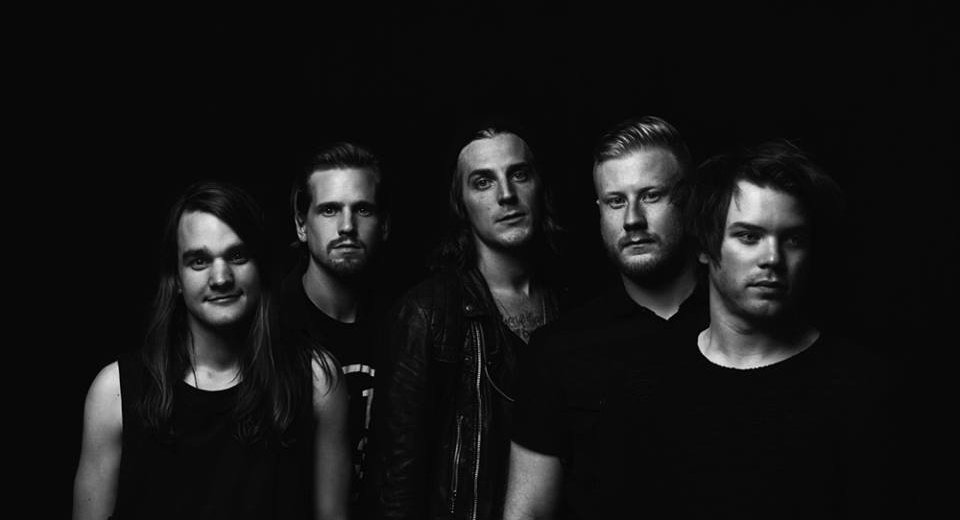 idobi managing editor Eleanor Grace caught up with Garrett Nickelsen and Kennedy Brock of The Maine at the Vans Warped Tour’s Toronto stop to talk about the tour, branching out musically, the 8123 family (including hints about their latest signing), and much more. Check it out below!

This is your first time back on Warped in a couple years. What’s been your favourite memory of the summer so far?

Kennedy: The weather has been beautiful. We have not had a bad day yet–knock on whatever wood’s around.

Garrett: It’s crazy, man. Someone was happy that we played again or something, cause fuck, it’s been cool. The shows have been–

Kennedy: I mean, we haven’t played [Warped] for five years, so it’s been pretty next level. Today’s show was really great; yesterday’s show was really awesome. They all have been awesome, but yesterday–I’m remembering the guys in toga outfits that came onstage with us. A guy in a toga outfit did a backflip up on stage right in front of me and it was incredible. So that’s my favourite so far.

One thing that I’ve noticed that’s interesting with you guys is that you have really branched out with your sound over the years, but your fanbase has still sort of stayed anchored within the Warped Tour scene. What’s your take on that?

Garrett: Well, we started young, so of course you’re gonna write songs about girls or whatever. And I think kids have kind of grown up with us. So each record, it wasn’t too far of a jump, where people I feel like now really trust us and I think we can kind of do whatever. And we kind of have done whatever, and they back it. So I think it was just like, we built this trust with people. And we’re really interactive with them–we hang out with kids after every show; we do signings for free. I think they really trust what we do and they know that we’re trying to be the best that we can.

Kennedy: Yeah, people believe that we’re being honest–and we are. I think that they really see right through that when it’s not.

Recently you guys did an acoustic EP, and before that, Forever Halloween was probably your most “different” work to date. What are some other areas that you guys are interested in exploring musically?

Kennedy: Honestly, we’re constantly kind of just doing that. For a little while, I played the mandolin; Garrett plays drums. We’re all kind of learning and doing different things, and ever-expanding and trying to outdo ourselves.

Garrett: I think the most important thing is like, as kids our age are going to school and learning about the thing that they’re going to do for the rest of their lives, we’re studying music. And we’re learning about records that a lot of people have maybe never heard and just constantly, constantly finding new music. I think our ears have changed and you pick up on these like–just the tiniest things. I think the growth of learning is really just expanding every day. I mean, we’re all learning new things. We’re all listening to different records and we show each other–“Oh, this is Paul McCartney’s Ram–when this record came out, no one fucking liked it. This is an amazing record.” And so it’s just one of those things where we’re always constantly–

What are some of your latest musical discoveries that you’ve been finding a lot of inspiration in?

Kennedy: I don’t know all the songs on it, but I’m sort of diving into that Tokyo Police Club new record–that’s really a cool one.

They’re from around here.

Garrett: They’re fucking incredible. It’s like, Tom Petty in like an 80’s synth battle. It’s fucking incredible. Ryan Adams just put up a new song and it’s so good; it’s this really cool bluesy tune. But then like older stuff– like I said, Paul McCartney’s Ram, that’s a huge one…I might be the only guy on this, but Dylan, I’m super into Dylan right now. Blood On The Tracks–amazing record.

It definitely feels like you guys have been drawing inspiration from more of the classics of decades past with your more recent music, but going back a few years, are there any influences that you guys had when you first started the band that have really stuck with you over time?

Kennedy: There’s definitely a bit of the 90s sound, like Third Eye Blind, that we still really vibe.

Kennedy: Found out that the Jayhawks are from the 90s and I didn’t realize that.

Garrett: You didn’t know that?

Kennedy: No, I thought they were from earlier. But–

Kennedy: They sound way more timeless. So things like that, we’re still very much into.

Garrett: But then there’s totally other stuff, like, hardcore. Like, there’s this band called The Bled-they’re one of our favourite fucking bands. They’re from Tucson. So I mean, there’s these bands that–

Kennedy: The spectrum is pretty wide.

Garrett: Petty’s definitely been a huge one.

Kennedy: The Rolling Stones have been a huge one for us. Wilco.

Garrett: Yeah, Wilco is one of the ones that have stuck around for a long time. They’re like, such a huge influence just as a band.

Kennedy: Bands with a lot of musical integrity.

Back to the topic of Warped Tour, what are some of the bands that you guys have been discovering and checking out every day?

Kennedy: A lot of them have been people we haven’t been able to hang out with in years. Love Bad Rabbits–they’re an incredible, incredible band.

Garrett: Saves The Day we just kind of became friends with. That’s like, a band that I grew up loving. I remember being ten years old and my brother was like, “This is emo music.” And I was like, “FUCK YEAH. This is so sick.” And now we’re hanging out with them…it’s crazy.

Kennedy: I watched a band the other day called Lionize that I thought were really cool, and I just met some of those dudes actually just a minute ago. They’re a cool rock band. It’s just kind of all over the board. We’ve been hanging out with people we haven’t seen in a while and checking out–

Garrett: Oh, and Finch. Because Finch is fucking badass.

Kennedy: Every Time I Die.

Can’t go wrong with any of those bands! Let’s talk a little bit about the 8123 family–I noticed your shirt there. You guys have really been doing a lot with this in the past couple years. Talk about how it came together and what your goals are with it.

Kennedy: Honestly, it was a way for us to have a name for our stuff [laughs]. It really kicked off a lot when we became unsigned and we wanted–

Garrett: It needed a name. We always had this like, crew of people always hanging out, like Nick Santino, Lydia, Arkells, all these bands–

Kennedy: And our manager and their managers, who are all really close friends with us.

Garrett: And so it was this thing that we always dreamed of having, but once we became unsigned it really pushed it forward and was one of those things where like, “Hey! We can all do this together and we don’t need other people.” It’s something that’s always been talked about that just kinda happened. And we just put a name on it.

Do you guys always want to keep a sense of family and work with people that you’re friends with and really keep it close to your chest or do you want to eventually branch out?

Kennedy: We definitely want to branch out, but it’s nice having the close-knit group that we do have and we’re able to kind of slowly expand that out.

Garrett: The day I met them, me and Pat ended up recording a tune with them. Cause we have a studio at our office now, and so I met them and then it was like, “Hey, let’s fucking jam,” and then [we] came up with a tune. And I’ve hung out with him every day since then.

Kennedy: And I found out a week later that I went to high school with one of the dudes. So yeah, it’s awesome.

No way! That’s so funny. What have you guys found to be the most rewarding thing so far about really having this family vibe in what you’re doing?

Kennedy: It’s cool when people want to be a part of something that you’re just doing because you like doing what it is, you know? Nothing is forced with anything we do and the fact that people are able to vibe on that and try to expand on it is really cool.

That’s how you know you’re on the right track.

So let’s talk about the future. What have you guys got lined up for the rest of the year?

Kennedy: We go to the UK after this and then the rest of the year we’re kind of still figuring it out.

Garrett: I know we’re gonna do a couple shows to kinda wrap up the [Forever Halloween] cycle…and then we’re gonna break up.

Garrett: That family thing? Fuck it.

Garrett: We hate it all.

Garrett: There’ll be a record at some point.