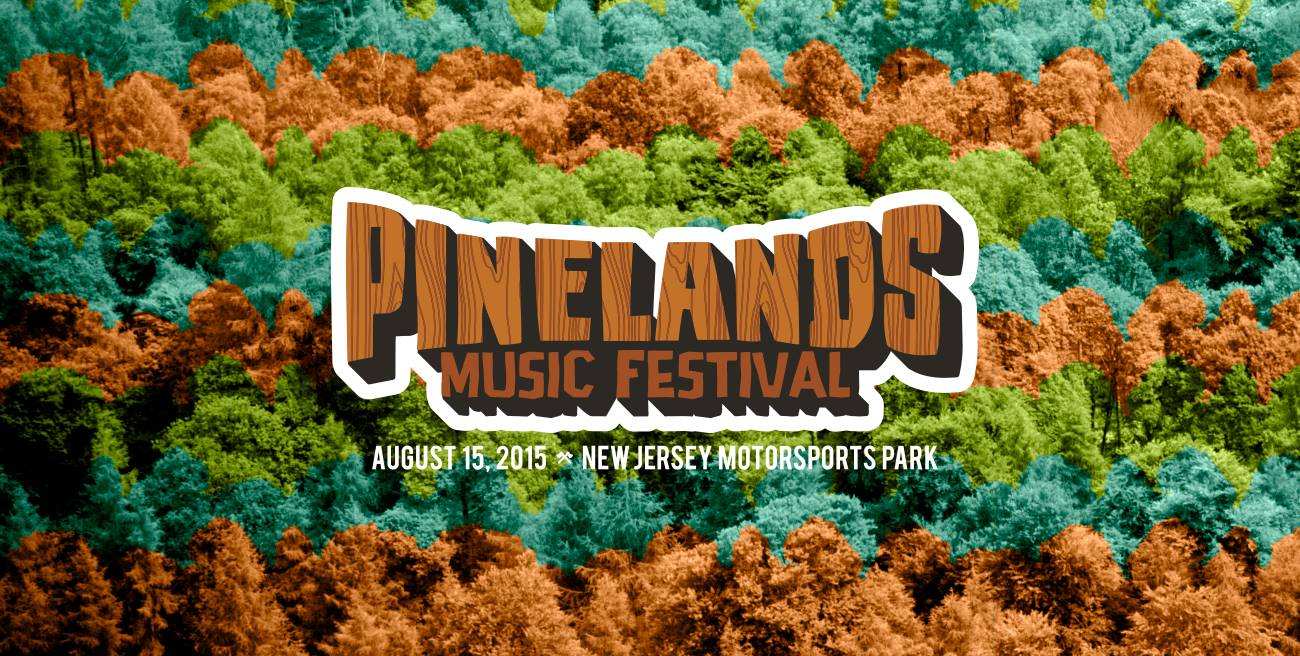 The Pinelands Music Festival is set to rock New Jersey on August 15th. Its inaugural year will include The Early November, The  Spill Canvas,  and more, and will take its attendees out to the forest for a day of go karts, food trucks, and most importantly, incredible music. We sat down with festival organizer Nick DeLouise to chat about the event, where it started, and what to expect. You can check out the conversation below, then enter to win a pair of tickets to Pinelands Music Festival 2015 on our Facebook page at 4PM today (8/10).

What goes into forming the idea for something like Pinelands Fest? Who were the major players in its inception?

Forming the idea for Pinelands took a lot of time and research. Being a first year festival it started with a very small team. I handle everything on the business side of things, and our creative director, Michelle Lawrence, is in charge of everything creatively and visually. She designs everything from the logo, websites, social media posts, as well as everything that you will see on site such as the stage banners, signage, and more. Outside of Michelle and I, we have a small group of investors that without their support and faith in Pinelands, we wouldn’t have gotten to where we are today.

Think back; Pinelands Fest 2015 just went into planning. When was this, and what was your biggest project at the time?

The concept is something I’ve had in my mind for many years, even the name Pinelands. I was a promoter in New Jersey from 2005-2009. In 2009 I took a break from organizing events and moved to Los Angeles. In LA I spent the last 5 years working in other parts of the music industry at artist management companies and talent agencies. In early 2014 I found myself in a position at a management company that I was not very happy with. I worked behind a desk taking orders from others and hit a point of realization that this was not why I got in to the music business in the first place. I left said company and immediately began writing the business plan for Pinelands Music Festival. In late 2014 after working on Pinelands for a several months from Los Angeles I relocated back to New Jersey, as things were really falling in to place with the festival. Pinelands is by far the biggest project I’ve worked on individually.

This is the inaugural year of the festival. What have you learned from this year’s planning that you will take with you into next year?

I’ve gained a tremendous amount of knowledge about putting together an event of this size. Although, I think that following the actual festival, there are decisions I will  be happy with, and there may be some things I will change. Most importantly, I believe that the work I am putting in now is building the frame work to make the festival bigger and better each year.

What’s your biggest fear for the day of the festival? What occurrences have you been preparing for, just in case?

The biggest fear for the day of the festival would be bad weather. Regardless, it will be up to the bands, crew, and fans to make the best of it no matter how the weather turns out. It’s one of those situations where you always have to plan for the worst so having a professional staff and the obvious like adequate security, emergency responders, etc. on site the day of will make for a well prepared event.

What was the best task you had while planning the festival?

I think the best task to me is going out to different concerts and shows throughout the region and promoting and meeting with people. I’ve been able to travel to concerts all over NYC, Philly, NJ and more, a lot of times catching performances by bands that will perform at Pinelands. I’m also out there meeting and chatting with fans and getting to hear their excitement for the fest. It’s really humbling when I’m at a random surf shop in Long Beach, NJ dropping off flyers and posters, talking with the employees there and they know all about the festival and are excited for it. To know that the work I’ve put in for almost two years is being spread and with positive feedback is amazing. At the end of the day, Pinelands was created for music lovers far and wide. Fun fact, we have people traveling from 10 states across the U.S. and 3 Countries.

How did choosing talent happen? 90% of your talent is from areas surrounding the fest’s New Jersey home, how much of an influence did that have in your decisions?

When putting together a lineup there are literally dozens and dozens of artists we look at. Focusing on artists that are based in the NJ area was always apart of it, but it definitely was not a requirement. We have several reunions from artists that had an amazing run such as Liam & Me and Days Like These, to breakout bands such as CRUISR or X Ambassadors. The lineup features artists of all genres from Indie Pop, Ska, Post Hardcore, Folk, and more. It really is a diverse lineup but all fits together at the same time.

The venue you’ve chosen sounds pretty remarkable. What’s your favorite aspect of it?

New Jersey Motorsports Park is really an amazing venue. My favorite part will be for people traveling further than a 45 minute drive from the area. People a lot of times associate NJ with NYC but South Jersey is a separate world. People traveling outside the area will travel through beautiful forested areas, to arrive in Millville, NJ; a fairly small city. But once you’re within 10 minutes of the venue you’re back in the woods traveling through the Pinelands and landing upon a pristine venue that plays the perfect host for a music festival. The venue is a massive 500 acres, that most importantly leaves room for Pinelands Music Festival to grow each year to potentially become a major music festival.

When you’re looking back on Pinelands Fest 2015, what do you want to remember?

The main thing that I want to remember is the reason I put together the festival in the first place, to bring people together with a common interest and love for music. To me, a successful event will leave artists and attendees with a memorable experience that they will keep with them for a lifetime.

Is there anything else we should know about the August 15th show?

Anyone planning to attend should be ready for a fun filled day. Outside of an amazing lineup of bands we have much more in store. From go-karts, to top Philadelphia food trucks, artist meet & greets, vendors, and more. We have some amazing sponsors such as Yards Brewing Company and Bear Naked Granola, who both will offer their products.