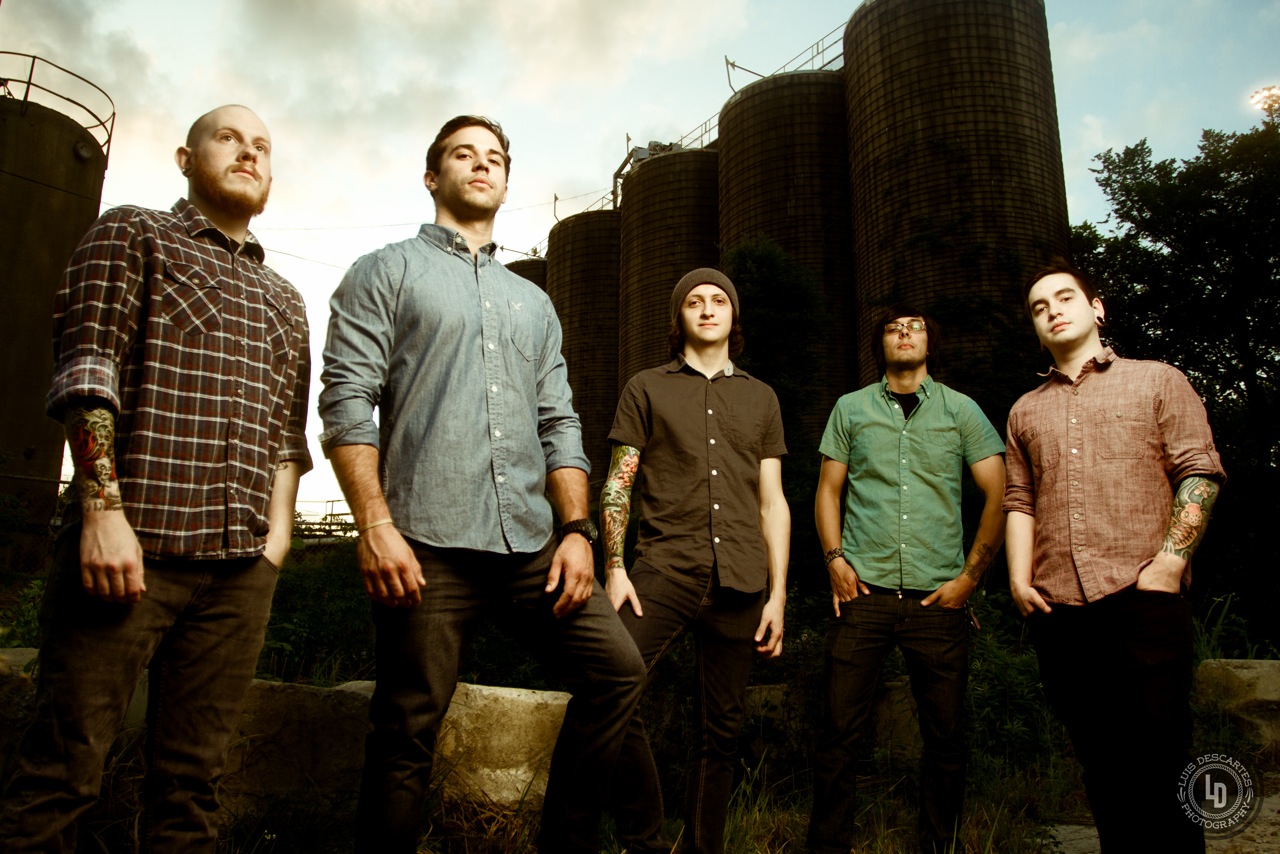 Birmingham, Alabama’s Erra are young and full of ambition. Taking cues from bands like Misery Signals and Between the Buried And Me, the band recently released their latest record Augment through Tragic Records and are looking to hop back on the road this year. With an impressive tour history, including tours with MyChildren MyBride and slots at New England Metal & Hardcore Festival and South By So What?, 2014 could be Erra’s year. idobi writer Alex Rudisill chatted with the band’s guitarist/clean vocalist Jesse Cash on the current status of the band.

How was your recent tour with I, the Breather?

Awesome. It was cool to tour with a band who I definitely consider to be pretty cohesive with our style of metal. We knew a couple of those guys previously from their old bands, so it was nice to see familiar faces and meet the rest of the dudes – all super nice guys. Sirens & Sailors opened the tour also and are definitely one of our favorite bands to tour with. They’re out of their minds, which is just the way we like our touring companions.

What has the fan’s reaction to Augment been?

So good. People are really loving the songs. It’s really humbling to see the kind of impact the vast majority of our fans get from our music. I honestly believe that it’s just a different kind of impact than a lot of other bands within the metal genre deliver. The age range of our listeners is very broad for a metal band, so it’s cool that it can not only emotionally benefit a young impressionable teenager but also a 22-year-old slaving through their quarter-life. Even my 50-year-old dad genuinely enjoys Erra, and he by no means typically enjoys metal. It says a lot about a band’s future when people from such different generations and backgrounds can all mutually love, I mean really love this one band. When you work really hard and passionately on your product, that passion gets reflected tenfold by the consumer. It’s very rewarding to know that we can inspire so many people and in turn they inspire us and drive our music to be that much better the next time around. So yeah, the fan reaction has been pretty motivating.

What is the most important part of your live show?

Sounding tight and moving around. We generally play a pretty clean set these days. We also make sure to exert notable physical energy as well. Like I said before, your passion and your energy gets reflected tenfold by the audience if you show them that you love what you’re doing. They’ll reward you with total participation in the craziness. Those are the best shows – not the ones where we play all of our parts perfectly, but the ones where the whole room just becomes a cult of crazy kids just absolutely possessed by the music and the energy of the people around them.

Are there any concepts behind your album artwork?

If there are, then they are concepts created by our friend who designed it. We just submitted references of abstract art full of aesthetically pleasing shapes and colors. We used a ton of references from an artist named Lynette Jackson. She designs some super badass stuff. Me and Garrison [Lee, vocalist] decided we totally wanted an album that looked like something she would’ve made. We did not want our album cover to look typical or generic. We wanted to break away from the space-djent-groove-thall thing, at least aesthetically. When cool things get copied too much and become mundane, we always try to go a new route. Our next album cover will just be blank white nothingness with our name in Times New Roman spelled backwards for mirror-time fun…except not though.

The Birmingham scene is definitely improving. We get a good reaction there for sure. Not too much else to say about it.

Where do you usually gather inspiration for your lyrics?

Garrison writes them all. He’s a bit of an introvert and likes his girlfriend a whole lot so she definitely influences a lot of his mushy song-writing for this album. He went darker with the material this time around because he was listening to a lot of Deftones and Circa Survive while writing them. All the songs are just kind of based on something or someone beautiful coming along in your life and contrasting all of the negative things that you can’t control. I am also fully familiarized with this perspective. You guessed it – I sure like my girlfriend a whole lot as well.

How do you guys spend your time when you aren’t writing or on the road?

Well, when me and Garrison are home, we reside safely within the catacombs of our girlfriends’ butts. Me, Alex, and Sean hang out together when we’re home but we do not see Gary or Alan at all. Alex works and gets his drink on, Sean plays video games, and Alan fishes. I watch a lot of movies, definitely passionate about great movies. Most of us work out as well. Everyone has a job while they’re home so they can save money for the next tour.

Some cool tours and a new album at some point. I’ve been writing a little the last few weeks. Definitely going to dabble with some new styles and formulas on some tracks on the next record. Definitely going to fiddle with some new tunings we haven’t used before, primarily G sharp, because it’s fun. It’ll be a good one for sure. We’ll always owe it to our fans to not write stuff that sucks and/or puts them to sleep. Whatever the right third record to write is, we will write it.

Check out Jesse’s instructional video exclusively through guitarworld.com, where Cash demonstrates how to play the band’s latest single “Hybrid Earth” on guitar.