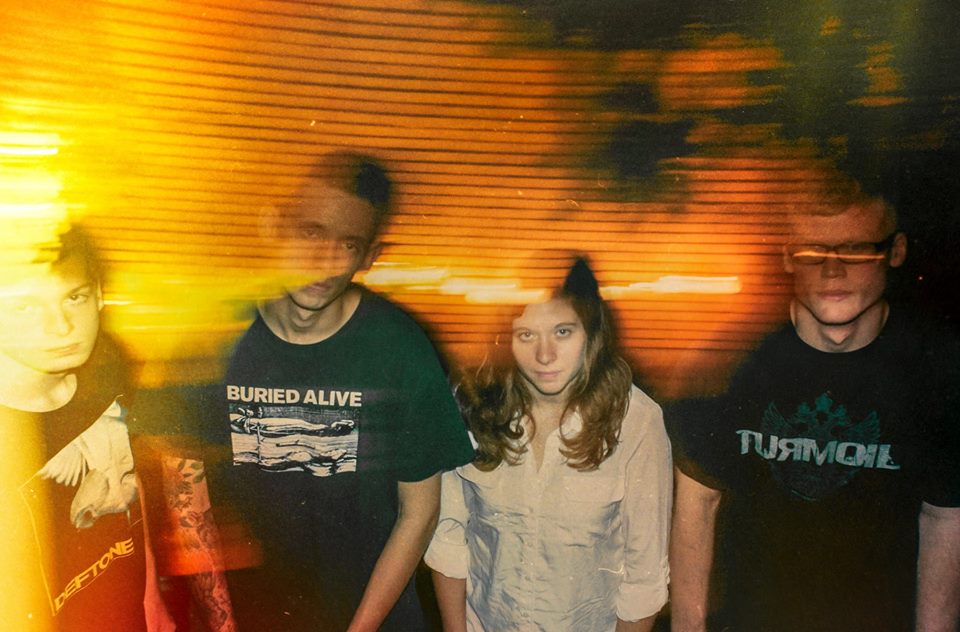 Having recently wrapped up a tour with Every Time I Die and letlive, Pittsburgh’s Code Orange Kids are returning to the studio to record one of 2014’s most anticipated albums. The young Deathwish Inc. band will be making big moves this year and are certain to garner some well-deserved attention. idobi Howl writer Alex Rudisill spoke with the band’s drummer/vocalist Jami Morgan about where the hardcore group is heading next.

What are your plans for your next record? Are you planning on going back to Kurt Ballou (of Converge)?

We’re recording a record in February with Kurt. I’m really excited about it. It’s different. A lot of the heavier parts are heavier and sometimes more obvious. A lot of the odd parts are weirder and a little more anti-social. Things are a lot more blended together. It is my favorite thing we have done by miles and miles but I’m sure everyone says that about their newest record [laughs]. I think it marks a very new era for our band.

What do you guys do when you’re home and not on the road?

Eric works at the Children’s Museum in Pittsburgh, Reba works at a grocery store called Giant Eagle, Joe drives a bread truck, and I work at a venue called the Altar Bar when I am needed, loading in equipment for bands. We probably toured eight months this year. We’re about to not tour for about four months, and it feels like we’re always touring, so it’s gonna be weird.

How were the crowds at the shows with Every Time I Die, especially since they were in smaller venues?

It was awesome. Sometimes there were nights where we’d have a miniature hardcore show within a bigger show and it was insane for us. Sometimes kids just stood there and took it in which is cool as well. We’ve never been a band who’s focused on the crowd’s reaction to get us going. We’ve always been self-contained. I love watching kids pit and go off but sometimes it’s not gonna happen for a band like us, a band of freaks.

As you guys get older, is the music you’re writing growing up and maturing with you?

For sure. We get more influences all the time. We started off as 14 year old kids in a straight up punk rock band and then slowly but surely we all got into hardcore, metal, and all sorts of “alternative” music or whatever. As we get older, we just try to bring all these different elements and influences and put them together into something that tries not to mimic those things. I don’t know if it’s necessarily more mature, but it’s definitely changing. On this new record, there’s new influences that weren’t necessarily there before, whether it be a Sepultura riff, a Prayer For Cleansing pit, or an Alice In Chains chorus. I hope that is always happening in our band and that the influences are always changing. My ideal future for our band is to be accepted by those who like us for whatever changes we want to make. I want people who are “fans” of our band to be conditioned to the fact that we are always going to make music with no pretense based on what we are feeling and being influenced by at that moment.

How do you guys all juggle taking turns at the mic?

When we started out, everybody was scared to sing as we were young and even goofier then we are now. I wasn’t scared, so I just did it. They got less scared and had cool voices so now we spread it out. I figure all the vocals out, which part is good for each one of us, since I write the lyrics.

Do you think a band is only as good as their live show?

There’s tons of bands that do great records that don’t play live often or at all that I love. To play live as hard as you can is the most important thing about hardcore to me. But I like making records and I like playing live. Some people just like making records. However people want to express their art is cool to me.

If you had a time machine, what time and place would you travel to?