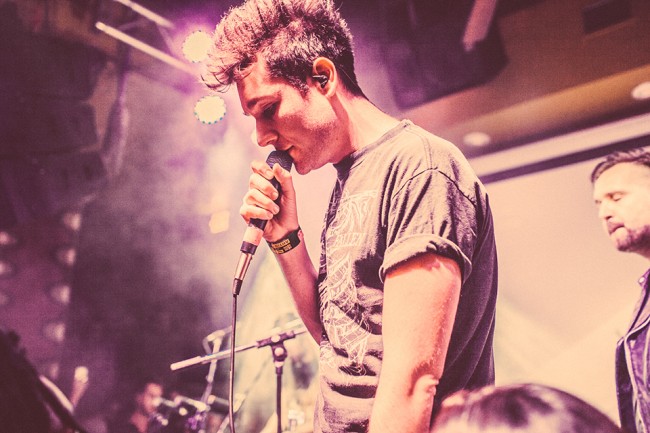 Our obsession with UK artists at SXSW was  borderline  unhealthy, but by the end of SXSW we perfected our fake English accents. Hailing from London, Bastille has quickly become one of our favorite SXSW artists this year. We were lucky enough to catch Bastille at both of their SXSW performances, Wednesday at Club de Ville and Tuesday at Latitude 30.

Lead singer Dan Smith started Bastille in 2010 as a solo project, but later decided to add a full band. After being signed to Virgin records in 2011, Bastille have  regularly  landed on the UK charts, with each  single doing better than the last. This pop band is on fire, riding the wave that could eventually push them across the pond.

We ran into several other industry folk during our SXSW stint who also adored this energetic UK pop act. Why hasn’t this band broken into the US mainstream yet?! That’s the question we kept asking ourselves, but have a hunch that it won’t be long before the US embrasses Bastille with open arms.