We are usually skeptical about the influence of sponsors in underground metal and hardcore but we suspend our criticism when Game Of Thrones is involved. HBO is serving Killswitch Engage-flavored Kool Aid and we are shamelessly drinking every last drop. The extended version of “Loyalty” has the audio from this unforgettable scene (spoiler alert) in season 4. In all honesty, the song itself is much heavier than we expected. The yarling chorus is there, we expect that from commercially successful hard rock bands, otherwise “Loyalty” hangs with some of the hardest songs on this playlist.

Theories returns to Howl’s top tracks this week now that Regression is finally out. The kind folks at Metal Blade Records sent a single that debuted on top of this list in January. Which reminds us, that label deserves props. While the rest of the music industry scrambles for the next whatevercore summer fest flavor, Metal Blade has been a dependable source for raw, fast aggressive metal since 1982. Expect more from Regression in coming weeks.

Gift Giver proudly claims nu-metal as their genre  on  facebook  but we forgive them (even though it’s kinda true). “Bastard” takes queues from Emmure in some parts, older Suicide Silence in others. Fans of Deez Nuts will also probably dig Gift Giver.

We mainly just wanted to use the phrase “fans of Deez Nuts“.

Finland’s Nightwish  is another first-time band among Howl’s features. Their discography is older than many of our fans but as those fans  would say on twitter, “this is important” because Endless Forms Most Beautiful comes out this week. Nightwish influenced much of today’s metal, we recommend checking out their North American tour this spring.

Von Hertzen Brothers brings a change of pace to Howl’s normally fast, extreme lineup. They’re more of a prog rock band than metal or hardcore but we could see them touring with other Howl bands. In fact, they recently played with Insomnium. Or they were supposed to play with them. We have no idea what that link actually says. 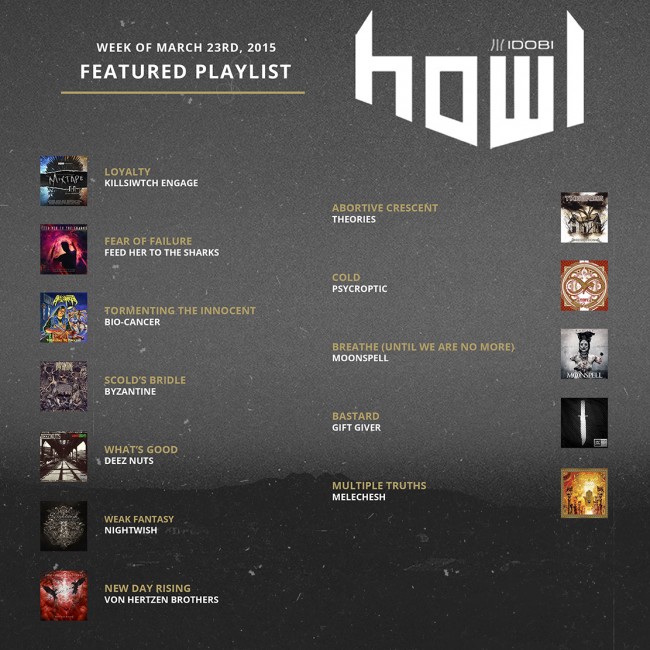