We try not to get carried away with industry talk but Torche should be commended for superb timing with the December release of “Minions”, the first single from Restarter out this week. Relapse Records took advantage of the music industry’s slowest season and the track kicked around Howl’s playlist for three months since.

The Agonist continues to rip with Eye of Providence, their first effort with vocalist Vicky Psarakis. The band was on the rise before Arch Enemy recruited Alissa White-Gluz in 2014. “Gates of Horn and Ivory” proves The Agonist hasn’t lost a step and  can compete with the beneficiary of both their former vocalist and four times as many facebook likes. Their makeup game is also on point.

Howl fans might be skeptical of well-established bands but All That Remains offers a straightforward metalcore effort free of clean vocals in “No Knock”.

Napalm Death celebrates their seventh week in Howl’s top rotation, the longest tenure for any band since the inception of the featured playlist late 2014. 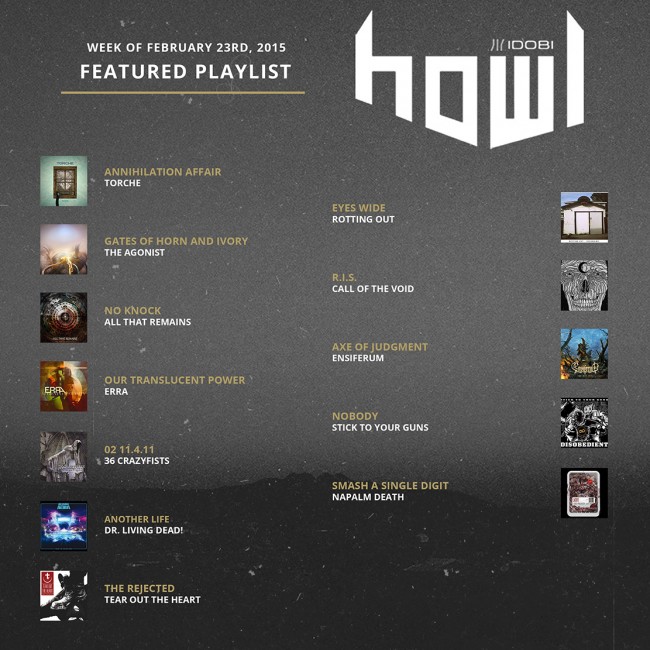 Tags: 36 Crazyfists, All That Remains, Call of the void, Dr. Living Dead!, Ensiferum, Erra, NAPALM DEATH, Rotting Out, stick to your guns, Tear Out The Heart, The Agonist, Torche