We can’t get enough of the new Theories single, “Cycle of Decay”. It is so heavy one must cease all other activity and vigorously headbang for almost three and a half minutes until the song is over. Exercise caution while driving if you hear it on Howl. For legal reasons, we recommend you pull over.

Napalm Death registers a four week low… at third place. They dominated  this playlist through January along with Sylosis and Lord Dying.

Erra makes their first appearance as a featured band on the Howl playlist this week.  They have “extremely limited” physical copies of  Moments Of Clarity,  out now on Sumerian Records. Let 2015 be known as the year gasoline was abundant and CDs were scarce.

Tear Out The Heart posted a video for “I’ve Got Secrets” and  Rise Of The Northstar continued their tradition of entertaining yet slightly bizarre videos with Japanese closed captioning. In “Samurai Spirit“, a samurai in street clothes and a civil war era cap battles demons in the forest while blindfolded. Just check it out. 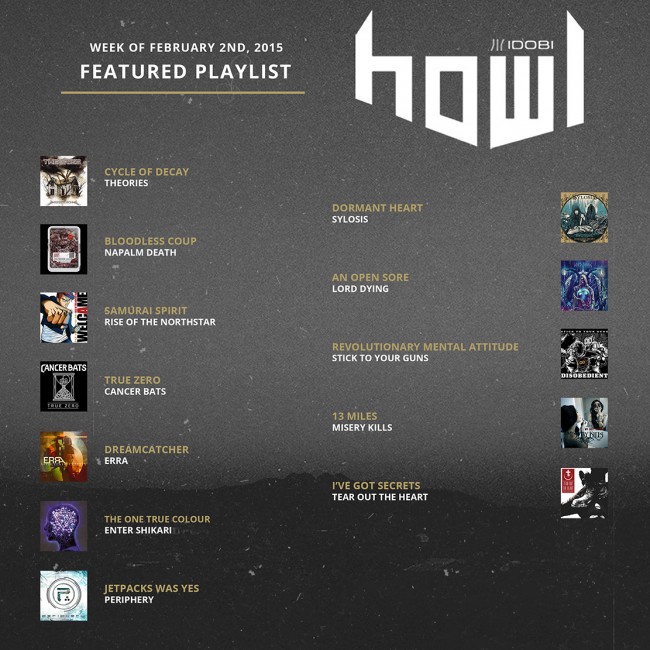