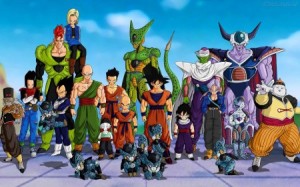 Small secret about me… I am obsessed, obsessed, with Dragon Ball, Dragon Ball Z, and anything that involves those seven star balls, inappropriate jokes, and 14 minutes of screaming during fight sequences. This week, the original creator of Dragon Ball announced he would be overseeing a new series of the Dragon Ball manga, Dragon Ball Super, that will began where Dragon Ball Z left off (don’t have to watch GT for this, thank the heavens) with Buu. I feel like I’ve been waiting for this the majority of my life. I started watching this show when I was probably five or six, so this news is wickedly awesome. We get to see Goku, Gohan, and Goten back in action, and I couldn’t be more excited to see Vegeta being a sassy little shit again. My nerd heart is soaring.

Twenty One Pilots New Music Video is a Game Changer

This band is unbelievably fantastic. From great lyrics to a very dedicated fanbase, the Skeleton Clique, Twenty One Pilots is consistently, and constantly blowing my mind. However, their newest video for “Stressed Out” takes the cake for “things they do to make people feel better with their music.” The video was shot in their childhood homes, with their actual families, and the song in general is about being too stressed. It really gives an insight into the craziness that goes along with being in your late teens and twenties trying to figure things out. I fully back what they’re saying, and what they are trying to do. Check out the video below!

You thought I was letting go, didn’t you? Well Tom decided to announce more news with AVA this week that involves two new LPs from the band on top of his two solo LPs and 15 co-written novels. What a busy guy. I wasn’t really paying attention, but I thought I’d let everyone know I’m still angry, even if Blink is moving on. I can hold a pretty decent grudge. Also, am I the only person who has a problem that they keep calling “Circle Jerk Pit” a Blink-182 demo? In order for it to be a demo from the band, the other members should be involved on it. It was an IDEA for a Blink-182 demo that turned into a Tom DeLonge song, if anything. Please, report it as such.

This is a huge bummer. Jack White has announced a hiatus from 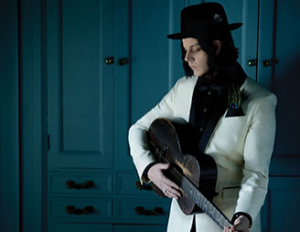 performing live for a long period of time. The news is so heartbreaking because I’ve always wanted to see him live and I  haven’t gotten the chance. However, in one good light it didn’t say he was taking a break from making music, only live performances. So hopefully this means he’ll still be releasing music and enjoying making it as he has allowed so many of his fans to enjoy his music over the years.

I went to the Future Hearts tour this week, which was brilliant by the way. I got to see some friends, make some friends, and just have a really great time hanging out. So, in light of all the craziness going on in the world this week, usually I cover a news story, or something silly, but I wanted to give you all a gentle reminder that there is no excuse ever for giving up on the things you love. Heading out to see a band play a sold out show to 2,000 people when you’ve seen them barely hit the 200 mark is something that puts a little spark back into your day. Enjoy your life. Go to the shows you want to go to, be fans of the bands you want to see, and work hard for whatever you want to do. I’m feeling all giddy and nostalgic this week. Oh, and May the Fourth be with you.